Chung pulled out of his scheduled first round showdown against Djokovic at the Rogers Cup in Toronto on Tuesday (local time) with a back injury.

Chung, the top-ranked South Korean at No. 23, missed two months earlier this year with an ankle injury. At the Australian Open in January, Chung made a Cinderella run to the final four -- he beat Djokovic in straight sets in the round of 16 -- but retired from the semifinals match against Roger Federer with foot blisters.

Chung has played in two tournaments since his return, reaching the quarterfinals at the BB&T Atlanta Open and then the round of 16 at the Citi Open in Washington over the past two weeks. 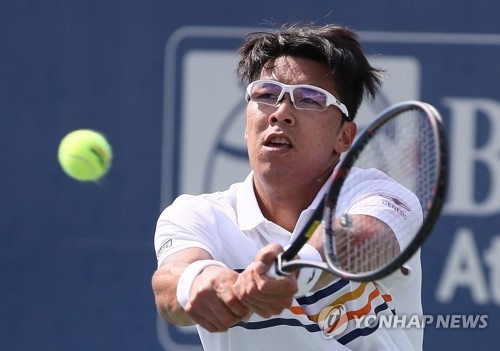 Chung Hyeon withdraws from match vs. Djokovic in Canada

Chung Hyeon withdraws from match vs. Djokovic in Canada