SEOUL, Aug. 8 (Yonhap) -- Samsung Electronics Co. is betting on the Galaxy Note 9 to revitalize its sluggish smartphones sales, although it is still uncertain that the upcoming phablet will appeal to customers in the wake of weak demand for the Galaxy S9, industry watchers said Wednesday.

The South Korean tech giant's IT and mobile business managed to post an operating profit of 2.6 trillion won (US$2.3 billion) in the April-June period of 2018, falling sharply from 4.06 trillion won posted a year earlier.

According to the data compiled by Strategy Analytics, Samsung Electronics shipped 71.5 million units of smartphones in the second quarter to account for 20.9 percent of the market, but its share marked a 1.7 percentage-point decrease from the same period a year earlier.

The dip apparently came as the Galaxy S9, released earlier this year, failed to grab the market's attention, with Chinese rivals also eating into Samsung's market share with their price-competitive devices.

In a struggle to revitalize the smartphone segment, Samsung plans to release the Galaxy Note 9 some three weeks earlier than the predecessor Galaxy Note 8.

Samsung has not yet provided details on the Galaxy Note 9, but the device is widely expected to come with an improved stylus equipped with Bluetooth connectivity that will allow the phablet to perform more tasks compared with the previous model.

Other potential specifications include a slightly larger 6.4-inch display, 4,000 mAh battery, and improved connectivity to the Samsung DeX system, which allows users to connect smartphones to a full-sized monitor.

The showcase event for the Galaxy Note 9 will be held in the United States on Thursday.

Samsung Electronics claimed that it will seek to improve sales of the Galaxy Note 9 over its predecessors by setting reasonable prices.

The 64GB and 256GB Galaxy Note 8 were priced at 1.09 million won and 1.25 million won, respectively. Industry watchers said the potential 512GB edition of the Galaxy Note 9 may come with a price tag of 1.35 million won.

Samsung, however, may still continue to suffer from weak sales if it fails to deliver more innovative features in the Galaxy Note 9, industry watchers said.

"The Galaxy S9 failed as it did not stand out compared to its predecessor," an industry insider said, claiming the upcoming phablet is unlikely to become a game changer for Samsung. "The rumored information on the Galaxy Note 9 is also not that innovative." 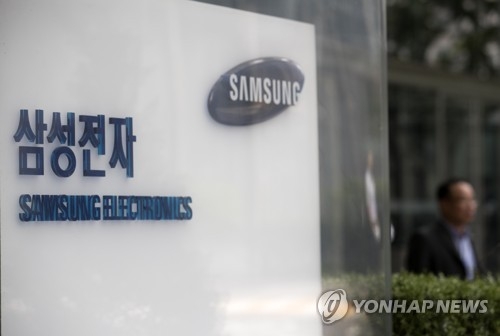