SEOUL, Aug. 8 (Yonhap) -- The number of CEOs who graduated from elite schools, which tended to create a corporate coterie of exclusive and personal connections, is on the decline, the latest data indicated Wednesday.

The corporate appraisal site CEO Score analyzed the academic backgrounds of 464 business leaders from the country's top 500 companies. Results showed that 198 of them, or 44.8 percent, were graduates of the so-called SKY universities -- Seoul National, Korea and Yonsei. The number is down from 48.9 percent last year and 52.5 percent in 2015.

Diploma holders from Seoul National University accounted for 28.5 percent in 2015 but 23.5 percent this year. The number for Korea University graduates fell 1.7 percentage points and for Yonsei 1 percentage point. Graduates of these three universities, however, continued to remain in the top three among the alma maters of CEOs.

Corporate chiefs from universities outside of Seoul increased in numbers, the same data showed. The figure rose from 14.4 percent in 2015 to 17 percent last year and to 19.3 percent this year. Pusan National University and Yeungnam University became more prominent, with the number of CEOs from the former increasing from nine in 2015 to 16 this year and from nine to 14 for the latter.

The proportion of CEOs with diplomas from overseas universities came to 5.2 percent, the same as last year and up from 4.7 percent in 2015.

Business administration was the most common university major at 25.7 percent. 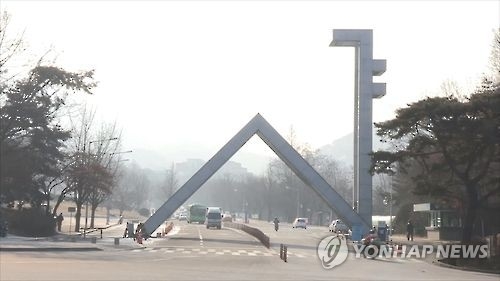 Number of CEOs from elite schools on decline

Number of CEOs from elite schools on decline