SEOUL, Aug. 8 (Yonhap) -- South Korea plans to dispatch a special envoy to Libya for consultations on ways to win the release of a South Korean national kidnapped by an unidentified armed group there, a government official said Wednesday.

The South Korean man and three Filipinos were taken hostage on July 6 in an attack on a water project site in western Libya, according to the authorities.

A video clip showing them was posted on social media last week amid the government's monthlong secret activity to locate and rescue the hostages.

The South Korean and Libyan governments have already commissioned a "world-class" risk management consulting firm to analyze the footage for a clue to the whereabouts of the hostages, according to the official.

"The results of the analysis are in use for efforts to secure their release," the official told reporters in a background briefing, adding that the government is closely cooperating with the relevant Libyan and Filipino authorities on the issue.

The envoy will fly to Libya as soon as preparations are completed, with a plan to stay there for two or three days, the official said. 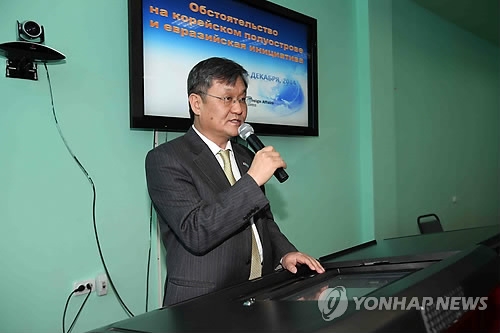