SEOUL, Aug. 8 (Yonhap) -- Asiana Airlines Inc., South Korea's second-biggest airline by sales, said Wednesday it swung to a net loss in the first half as a strong won drove up currency losses and fuel costs.

Asiana Airlines reported it was in the red by 54.8 billion won (US$49 million) for the January-June period, shifting from a net profit of 21.3 billion won a year earlier, the company said in a statement. 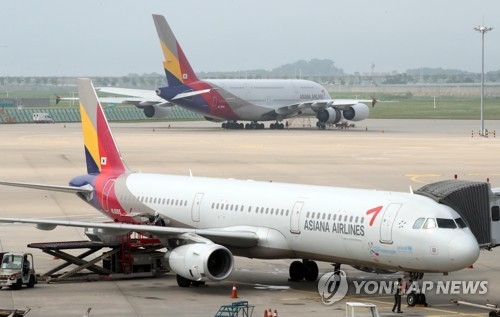