Former National Tax Service (NTS) chief Lee Hyun-dong was indicted in March for allegedly causing about 600 million won (US$553,000) in losses to state coffers and taking 120 million won in bribes from the agency to carry out the operation against the former president between 2010-2012 during the then Lee Myung-bak government.

He was arrested in February.

The Seoul Central District Court cleared Lee of the charges, citing a lack of evidence.

The operation was aimed at uncovering Kim's slush fund rumored to be hidden overseas. The provision of the NIS funds to the tax agency is illegal, as the money had been specifically allotted for North Korea-related intelligence operations, according to the prosecution.

The court on Wednesday ruled that his charges "are not substantiated beyond a reasonable doubt."

Prosecutors had charged Lee with using 5 million won of the NIS fund for the operation, while spending the rest for himself. Lee served as the deputy commissioner and the commissioner from May 2010 to March 2012.

The covert NIS operation, apparently code-named "Davidson," centered on suspicions that the late president had stashed a slush fund offshore -- suspicions that later proved groundless after a two-year probe. Kim died in 2009.

Lee is considered one of many influential figures with close ties to former President Lee Myung-bak's government. He worked for the former president's transition team and was later dispatched to the presidential finance and economy office. 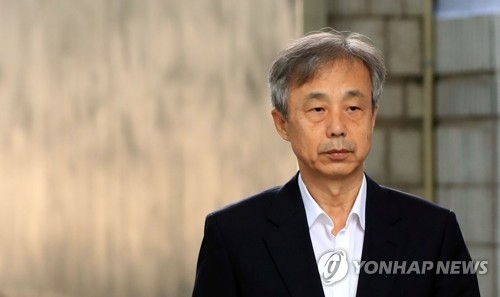