SEOUL, Aug. 8 (Yonhap) -- Top-charting K-pop girl band TWICE will perform at a prominent Tokyo fashion festival next month ahead of the release of their first Japanese album, the group's management agency said Wednesday.

The group has been invited to join the lineup of acts who will perform live music at the autumn-winter season of the Tokyo Girls Collection to be held on Sept. 1 at the Saitama Super Arena near Tokyo, according to JYP Entertainment.

The event is a semiannual fashion festival, launched in 2005, which brings together popular Japanese fashion models and musicians from across the globe.

In Japan on Sept. 12, the girl band will release their first Japanese studio album, "BDZ."

BDZ, an abbreviation of bulldozer, compiles TWICE's previous Japanese singles with new tracks, including the title track "BDZ," produced by JYP chief Park Jin-young, or J.Y. Park as he is more widely known.

The date of the release, Sept. 12, was selected to carry TWICE's message to their fans, "The nine members convey to their fans 'Once' the gratitude of 'Twice.'"

Following the release of the 10-track album, TWICE will go on an arena tour, starting on Sept. 29 in the Chiba prefecture and covering three more cities. 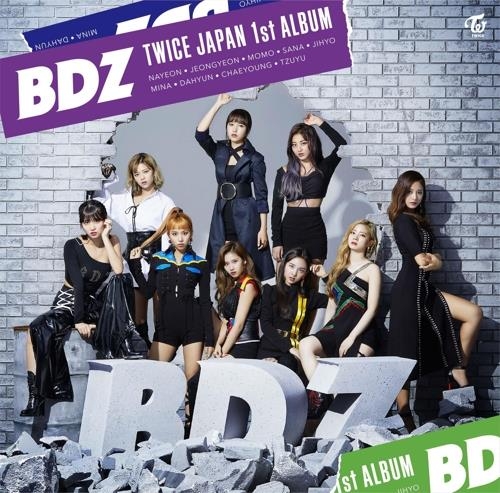 TWICE to perform at fashion festival in Tokyo next month

TWICE to perform at fashion festival in Tokyo next month