"We believe China and Iran will be really strong, and we'll have to bear down on defense," said Hur Jae after the national team defeated the Korean Basketball League (KBL) club KT Sonicboom 91-79 in a practice game in Suwon, some 45 kilometers south of Seoul.

South Korea defeated Iran for the gold medal at the previous Asian Games four years ago in Incheon, about 40 kilometers west of the capital city. South Korea rallied from a five-point deficit with two minutes remaining for a thrilling 79-77 win, earning its first Asiad gold in men's hoops since 2002.

At the Jakarta-Palembaing Asian Games, South Korea will try to win a second straight gold in men's basketball for the first time. Hur said it will take plenty of mental fortitude to get the job done. 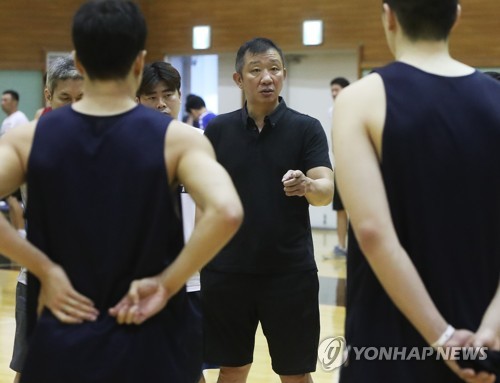 "I always stress the importance of lockdown defense and concentration," Hur said. "We're a smaller team (than China and Iran). We're going to have to use a full-court press some of the time and try to hold our own on the defensive end."

South Korea is in Group A with Mongolia, Indonesia and Thailand. Iran is in Group B with Syria and the United Arab Emirates. China will face the Philippines and Kazakhstan in Group D. The top two teams from each of the four groups will advance to the quarterfinals.

In a league where foreign players dominate the scoring, Lee was the third-best South Korean scorer last season with 13.9 points per game. An ankle injury limited Kim to nine regular season games, but he ranked second behind Lee in domestic scoring with 15.1 points per game in the 2016-2017 season. He has also been among the KBL's leaders in assists in recent years.

"Everyone has to step up, but Kim Sun-hyung and Lee Jung-hyun have to be the leaders," Hur said, adding that Ricardo Ratliffe, a U.S.-born forward who acquired South Korean citizenship in January, should also play a big role. 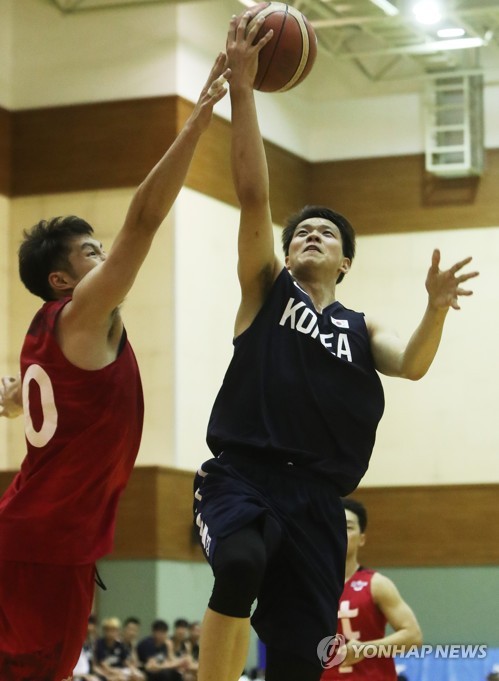 South Korea will open the tournament against Indonesia on Aug. 14, and then face Mongolia on Aug. 16. But the third game isn't until Aug. 22, and Hur said he was concerned that there aren't facilities to put in some extra work after the official training hours, aside from designated venues.

But those several days of rest could also set up South Korea nicely for potential knockout games against China or Iran.

"If we run into those teams, we'll go all in, like there's no tomorrow," Hur said.

The national team will have a practice game against another KBL team, LG Sakers, on Friday, and then depart for Jakarta on Sunday.