SUWON, South Korea, Aug. 8 (Yonhap) -- Hur Jae, head coach of the South Korean men's basketball team, has the privilege of coaching both of his sons in pursuit of an Asian Games gold medal this month, but he insists he doesn't treat his boys, Heo Ung and Heo Hoon, any differently from their teammates.

"People have asked me if I give them any special treatment, but that's never been the case," Hur said with a smile after the national team's practice game against the Korean Basketball League (KBL) club, KT Sonicboom, on Wednesday in Suwon, some 45 kilometers south of Seoul.

"If anything, I probably speak less to those two than other players," Hur added. 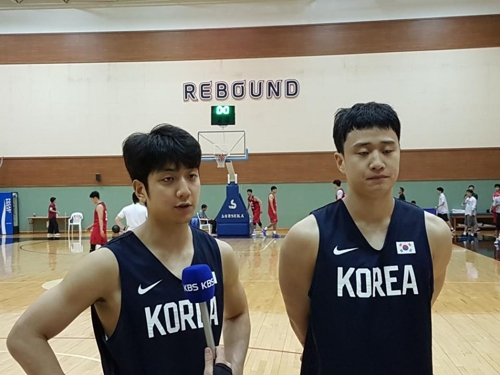 Hur is widely considered South Korea's greatest basketball player, a high-scoring threat with a mean streak. Now at 52, he's watching his two basketball playing sons coming into their own.

Heo Ung is the older of the two at 25. A shooting guard for the DB Promy in the KBL, he averaged 11.8 points a game in the 2016-2017 season before beginning his military service.

Heo Hoon, a 22-year-old point guard, was the first overall pick by the Sonicboom last year, and scored 10.6 points per game to rank ninth among all South Korean players. He also averaged 4.3 dimes per game to lead all rookies and finish seventh overall.

The two's father said each has a defined role on the national team.

"Ung is more of a shooter, and Hoon is someone who should be the controlling the offense," the coach said.

In a separate interview, Heo Ung referred to his father simply as "coach" and said there's nothing special to the father-son dynamics.

"If I do something wrong, he'll point it out. And if I make good plays, he'll compliment me," he said. "That's all there is to it."

Heo Hoon, listed at 180 centimeters and 80 kilograms, said he's trying to make up for what he lacks in physique with intensity on defense.

"I'm trying to focus on my own game, and not really pay attention to anything else," he said. "I don't really talk to my brother much. We just do our own things."

Heo Ung agreed and chimed in, "We play different positions, and our focus is on staying sharp and being prepared." 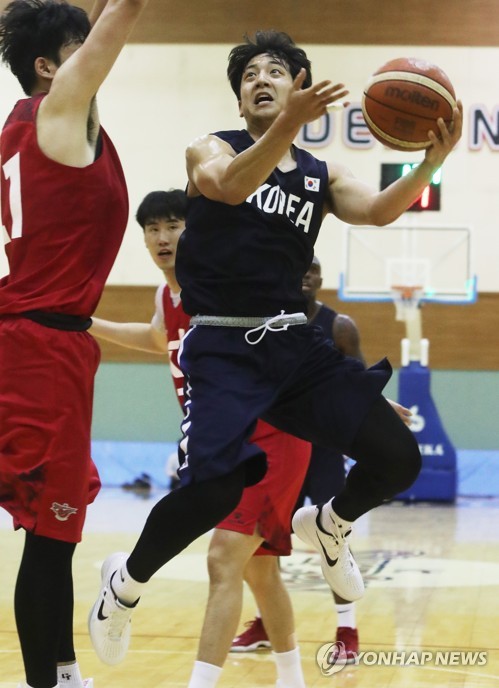