Oh threw one shutout inning in relief against the Pittsburgh Pirates at Coors Field in Denver on Wednesday (local time), lowering his ERA from 2.38 to 2.33.

He hasn't been scored upon in seven outings for the Rockies since arriving from the Toronto Blue Jays via a trade. Dating back to his Toronto days, Oh hasn't been charged with an earned run in his past 15 outings, a span of 14 2/3 innings. He has struck out 11 and walked two over that span.

Against the Pirates, Oh took the mound in the top of the seventh with the Rockies trailing 3-2.

He walked Gregory Polanco on five pitches but got Francisco Cervelli to fly out to center field.

Colin Moran then hit a hard grounder right back to Oh, who deflected it high with his glove. Shortstop Trevor Story then picked it up and threw out the runner at first for the second out.

The right-hander induced a line out off the bat of Adam Frazier to close out the inning.

The Pirates got an insurance run in the top of the eighth for a 4-2 lead and hung on to take the game 4-3. 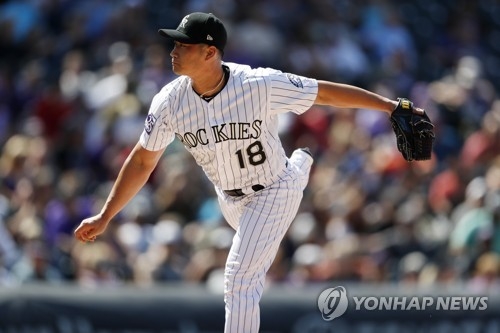