Kim, 79, was summoned to appear for questioning Thursday over allegations that the Supreme Court under the previous chief justice used politically sensitive trials as bargaining chips to curry favor with the then-Park Geun-hye government so as to win her approval for the establishment of a court of appeals.

The summons came only a day after Kim was released from an over yearlong presentencing detention on abuse of power and a slew of other charges linked to alleged wrongdoing by the Park government. Kim worked for the ousted president from 2014-15.

Kim's lawyer told the prosecution on Wednesday that Kim is unable to show up for questioning due to unspecified health issues. He has been hospitalized for a checkup since his release.

Prosecutors believe Kim was aware of these developments and briefed about it by lower Cheong Wa Dae officials, who are suspected of holding talks with Lim Jong-hun, then-deputy chief of the top court's governing body.

Prosecutors said they tried to question Kim at the detention center, but he refused to see them. They plan to call him in again and are not ruling out seeking a warrant if necessary. 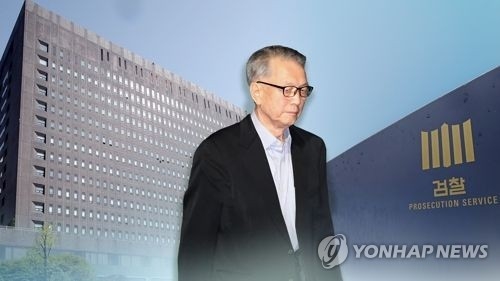