The 6.1 percent gain is the steepest on-year increase since February, when the money supply rose at a 10-month high rate of 6.2 percent on-year.

The growth rate of the M2 has remained at a modestly high level of over 5 percent since the beginning of 2018 on a steady expansion in corporate lending since the latter half of last year.

From a month earlier, the money supply edged up 0.5 percent in June, the BOK added. 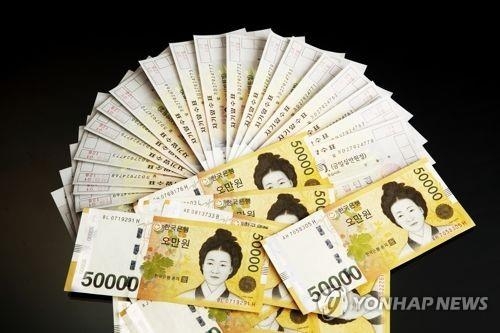