SEOUL, Aug. 9 (Yonhap) -- Seoul had a tropical night for the 19th consecutive day amid a heat wave as weather data showed the lowest temperature in the South Korean capital early Thursday morning was 27.6 C.

Logged until 7 a.m. Thursday, the overnight low was 26.6 C in the central city of Daejeon; 26.8 C in the southwestern city of Gwangju; 26.9 C in Incheon, west of Seoul; and 27.5 C in the southern city of Yeosu, according to the Korea Meteorological Administration.

Gwangju and Daejeon have had 20 tropical nights in a row, and Yeosu has had 22 such nights. 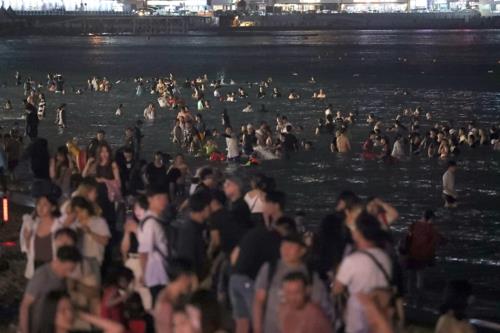