WASHINGTON, Aug. 8 (Yonhap) -- Jennie Jin, a Korean-born anthropologist who became an American citizen in 2014, is leading a team of experts tasked with identifying the remains of American service members killed in the 1950-53 Korean War.

Speaking to Yonhap News Agency during a trip to Arlington, Virginia, Wednesday, she expressed confidence that many of the remains will be identified in the coming months, especially with advances in technology since North Korea's last repatriation in 2007.

"Once we start DNA sampling next week, under normal circumstances it will take six months to obtain the first results," said the Korean War Project director. "And then the identification begins ... that could take several months, although that varies."

Nearly 7,700 American troops remain unaccounted for from the three-year conflict, and some 5,300 of them are believed to be in North Korea.

It's still unclear how many sets of remains are contained in the 55 boxes. But when the North returned 208 boxes in the early 1990s, there were approximately 400 individuals represented across them, according to DPAA records. 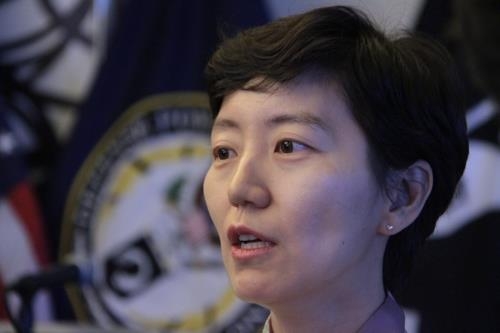 "The North Koreans gave us data on where the remains were found, what each box contains, including the number of artifacts," Jin said. "Based on that, my team in Hawaii is drawing up an inventory to be entered into a database this week."

A strong lead for identifying the remains may be in the teeth or chest X-rays of the missing troops, according to the anthropologist. Due to the high risk of tuberculosis at the time, the U.S. still preserves the chest X-rays of 75 percent of the service members who fought in the Korean War.

"One can guess how old an individual was based on their bones," Jin said, explaining that it isn't until a person turns around 30 that the bones stop growing. "Many of the soldiers were between the ages of 18 and 23, so many of their bones weren't even fully adjoined yet. You can tell just by looking at the bones."

Two of Jin's grandparents fled the North to South Korea during the war.

And it was only when she started working with the remains in 2011 that she asked her paternal grandfather how he had escaped.

"He told me he came through the port of Hungnam," a major evacuation site during the famous Battle of Chosin Reservoir, she said. "About a third of the service members whose remains we identified were killed at Chosin. They would have been around the same age as my grandfather."

Jin's maternal grandmother was captured in Wonsan, now in North Korea, on her escape route.

"She told me she went through a lot of hardship," the director said, adding that it was an emotional experience to visit Wonsan at the end of July as part of a team sent to retrieve the 55 boxes.