But as a baseball player, through middle school and high school and to the pro ranks, the 20-year-old has had no luck. His Korea Baseball Organization (KBO) club last won a championship in 2016, a year before Park entered the league. The pitcher represented South Korea at the 2016 Asian Junior Baseball Championship, where the team finished third behind Japan and Taiwan.

Park will take another crack with the senior national team this month, as he prepares for the Aug. 18-Sept. 2 Asian Games in Jakarta and Palembang, Indonesia. Park is the youngest member of the team built with KBO All-Stars and veterans. 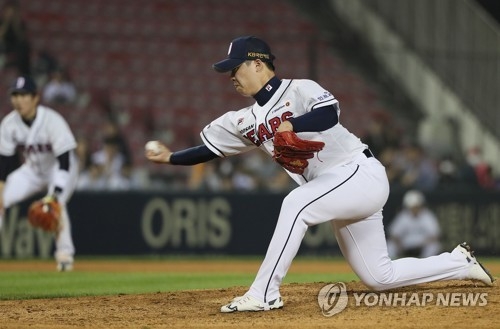 And of fellow current KBO players from the 2016 national junior team, Park is the only one to have been selected for the Asian Games.

"It's a great honor. I have the first chance to try to put that junior championship behind me," Park told reporters Wednesday before a KBO game against the Hanwha Eagles at Jamsil Stadium in Seoul. "That tournament still nags at me whenever I think about it. I really want to stand on the top of the podium at the Asian Games."

South Korea is the two-time defending champion in Asian Games baseball, and it is favored to win another gold this time.

And Park, with his sidearm delivery, should be a useful asset out of the bullpen. So far this year, he has been one of the KBO's top middle relievers, with a 3.39 ERA in 58 1/3 innings over a league-high 55 appearances. He has 56 strikeouts against 15 walks.

South Korea has often relied on pitchers with sidearm or underhand deliveries to get through high-leverage situations in international events. National team manager Sun Dong-yol believes Park can carry on that tradition, and the pitcher said he's more than ready.

"I am not fatigued at all. I feel like I've been even stronger in August," Park said. "I believe I should be in my peak form at the Asian Games. I am also looking forward to learning from veterans from other KBO teams and picking their brains." 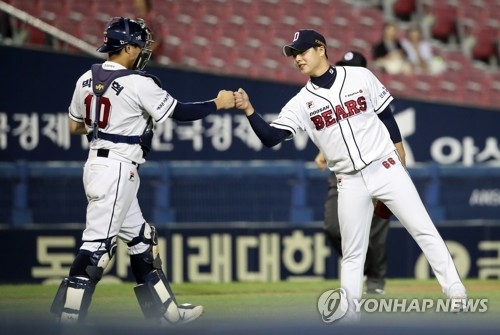