Stade de Reims announced on Thursday (Korean time) that they've brought Suk from Troyes after signing a four-year contract with the 27-year-old. He'll wear the No. 10 jersey for the newly promoted Ligue 1 club.

Stade de Reims will be Suk's 11th club in his professional career. The striker made his pro debut with Dutch giants AFC Ajax in 2009. He later had stints in Portugal, Saudi Arabia, Turkey and Hungary.

Suk scored six goals in 26 league matches for Troyes last season, but after they were relegated to the second division, he was looking for a new club.

Stade de Reims will play in the Ligue 1 after earning promotion from the second division.

Suk has four goals in 11 matches for South Korea. He last appeared for the Taeguk Warriors in October 2016. 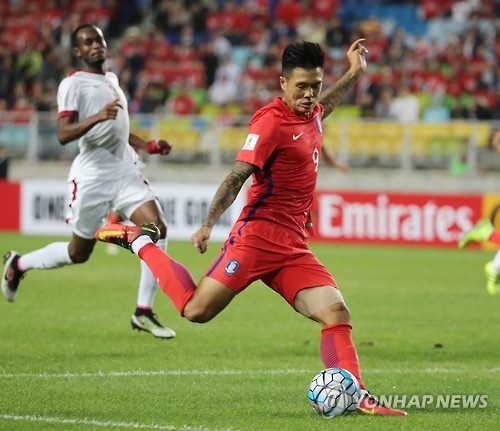