SEOUL, Aug. 9 (Yonhap) -- After having a busy offseason with the 2018 FIFA World Cup, two South Koreans will try to fly high when the new English Premier League (EPL) season kicks off later this week.

Tottenham Hotspur's Son Heung-min and Newcastle United's Ki Sung-yueng will start their 2018-19 season with their respective EPL clubs. They're currently the only two South Koreans set to compete in the EPL.

Both South Koreans are coming off a disappointing World Cup performance in Russia. Ki was the captain of the men's national football team, and Son scored two goals at the top FIFA tournament, but South Korea failed to reach the round of 16.

Son and Ki may go head-to-head from the start as Newcastle host Tottenham in their Premier League opener Saturday (local time).

The two players have faced each other three times since the former moved to Tottenham in August 2015. And so far, Son's Tottenham have always beaten Ki's team. 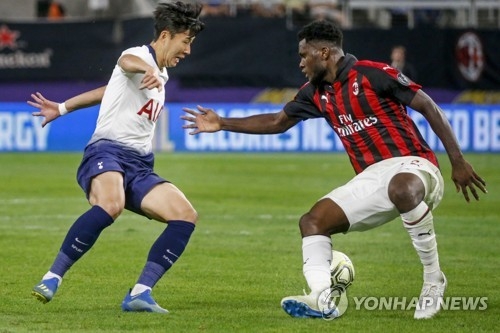 Son established himself as one of the core members for Mauricio Pochettino's side, having scored 12 goals in 37 matches last season. His numbers, however, might be down a little since he'll miss at least two league matches due to the Asian Games.

Son is available for Tottenham's opening match against Newcastle on Saturday, but he'll then leave the club to join South Korea's under-23 national football team to chase a gold medal at the Asian Games in Indonesia. The continental event is important for Son, since grabbing a Asiad gold means that he'll get military service exemption and extend his career in Europe without interruption.

Son will join the South Korean team Monday and have to stay in Indonesia until Sept. 1 should the Taeguk Warriors reach the final of the men's football competition at the Asian Games.

This means Son will not feature in Tottenham's home opener against Fulham on Aug. 18 and their clash against Manchester United on Aug. 28.

Participating in the World Cup and the Asian Games means Son will have to overcome fatigue from the tight schedule. The 26-year-old forward has had little time to rest since the World Cup as he also joined Tottenham's preseason campaign in the United States last month. 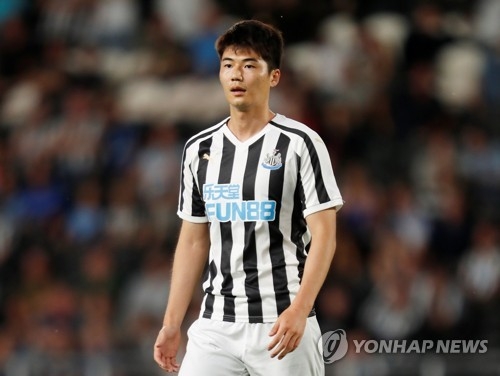 Ki is tasked with winning a starter's spot with his new club. He left Swansea City on a free transfer this summer after the Welsh club was demoted to the second division.

The 29-year-old, who has been playing in the EPL since 2012, featured in four of Newcastle's preseason friendly matches but as a substitute player.

Ki, known for his passing and vision, will try to fit in Rafael Benitez's system as a central midfielder and will have to compete against his former Swansea teammate Jonjo Shelvey, Mohamed Diame and Isaac Hayden to take a starter's spot. He wears the No. 4 jersey for the club.

After the World Cup, Ki hinted at retiring from the national team and focusing only on his club career.

Ki's best EPL performance came in the 2014-15 season, in which he scored eight goals in 33 matches for Swansea.