The finance ministry said earlier it plans to increase spending to create more jobs and expand the social safety net in the face of rising uncertainties, including the growing trade war between major economies and a slowdown in facility investment.

"I think we need to strengthen our fiscal role," Finance Minister Kim Dong-yeon said in a press briefing here. "Given various factors, it is desirable to speed up budget spending growth ... and the growth rate will be higher than mid-7 percent."

The minister stressed that additional spending is necessary to address poor employment situations and widening income inequality and to boost innovative growth.

The government front-loaded 62.1 percent of this year's budget in the first half, exceeding its initial spending target to prop up a sluggish economy.

Budget spending by the government and public institutions for the January-June period stood at 174.1 trillion won (US$155.9 billion), compared with an earlier goal of 162.6 trillion won, according to the Ministry of Strategy and Finance.

The first-half spending made up a significant part of the 280.2 trillion won that the government has set aside for early fiscal execution out of the country's 428 trillion-won budget for 2018.

The minister, however, said the government is not examining the option to ask for an extra budget at the moment.

"It may be possible to consider a second supplementary budget given economic conditions and tax revenues," the minister said. "But it is not easy to do so because of realistic reasons."

The country already formed some 3 trillion won in extra budget earlier this year in order to boost job creation and provide support for the underprivileged.

Last year, the economy expanded 3.1 percent. The ministry's latest growth revision is on par with the Bank of Korea's growth forecast. The central bank also trimmed its growth estimate to 2.9 percent from its earlier 3 percent projection. 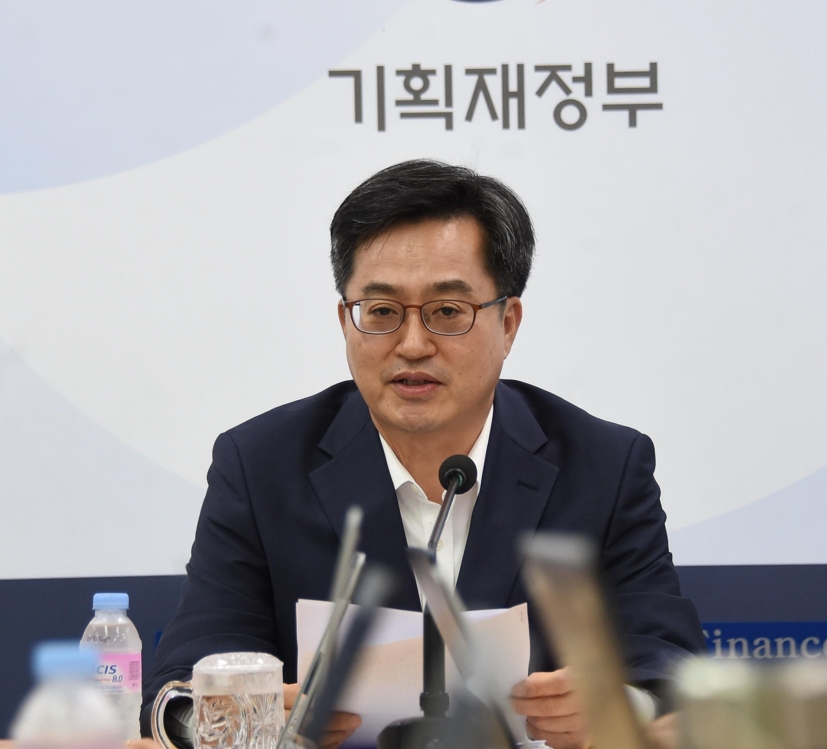