SEOUL, Aug. 9 (Yonhap) -- What if one is doomed to be involved in a zero-sum game of luck where one's happiness causes another person to suffer misfortune? In other words, one's gain in good fortune equals a loss in luck by the other party.

The new KBS 2TV series "Lovely Horribly" is based on this interesting -- or rather preposterous -- premise.

The two main characters, played by Song Ji-hyo and Park Si-hoo, were born at the same time on the same day and were fated to share a destiny while living according to this bizarre zero-sum situation.

"The drama is not in the horror genre. But viewers will see some horror aspects in the situation where the two characters' fates switch every eight years," Song said during a press conference in Seoul on Thursday.

"The story is about the two people who are destined to share fortune ... The fact that when I am happy, someone else becomes miserable, is in itself horrifying," the actor added. 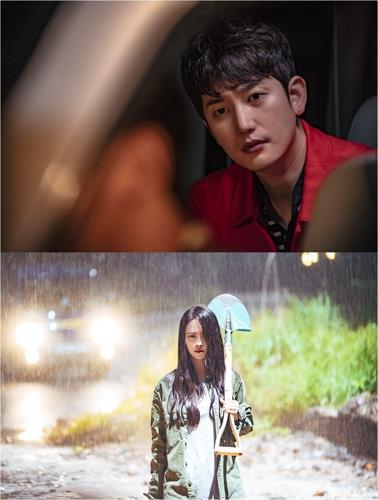 Script writer Oh Eul-soon, played by Song, had a happy childhood, while that of superstar actor Yoo Philip (Park Si-hoo) was miserable. When the woman was suffering from bad luck, the man was spending the golden days of his life.

At another turn of the eight-year cycle, the two are bound to meet each other and, by a quirk of fate, start to write a script together. But the events in the script mysteriously -- and chillingly -- start happening in real life.

Bae Kyung-soo, chief producer at the network's drama department, said that the 32-part series was the winner of KBS' drama script contest held last year, and the network has timed the show specifically for this summer to fight the exceptional heat wave. 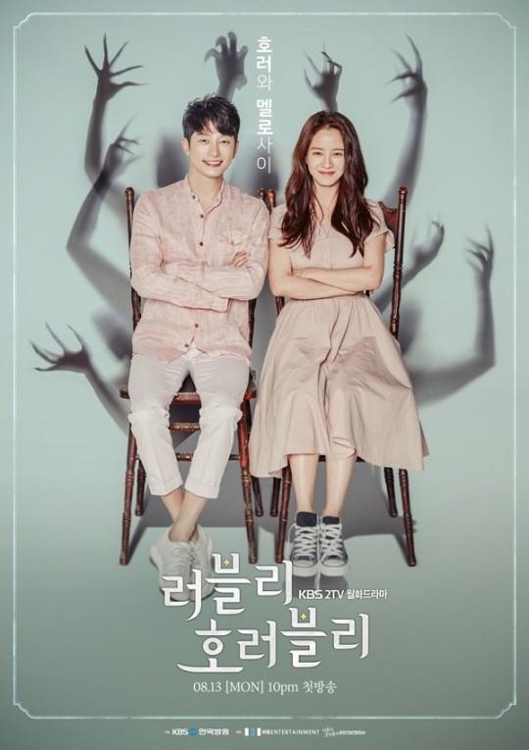 Eul-soon pens a story driven by mysterious, unknown forces. And what she writes in the story materializes in real life. The drama's parallel structure of a story inside a story will be an interesting point to watch when it goes on air, the producer said.

"It is an interesting format, unusual in Korean dramas. If it goes wrong, the story looks distracting. But our drama is very well executed so it will be refreshing and new to viewers," he said.

Park Si-hoo, whose previous KBS show "My Golden Life" ended in March with a jaw-dropping 45.1 percent viewership rating, said he didn't feel pressure from people's expectation for another megahit show.

"For me, anticipation about a new project is way bigger than pressure from the success of a previous show," the actor said.

The drama succeeds "Are You Human Too?" and is set to premiere at 10 p.m. next Monday. 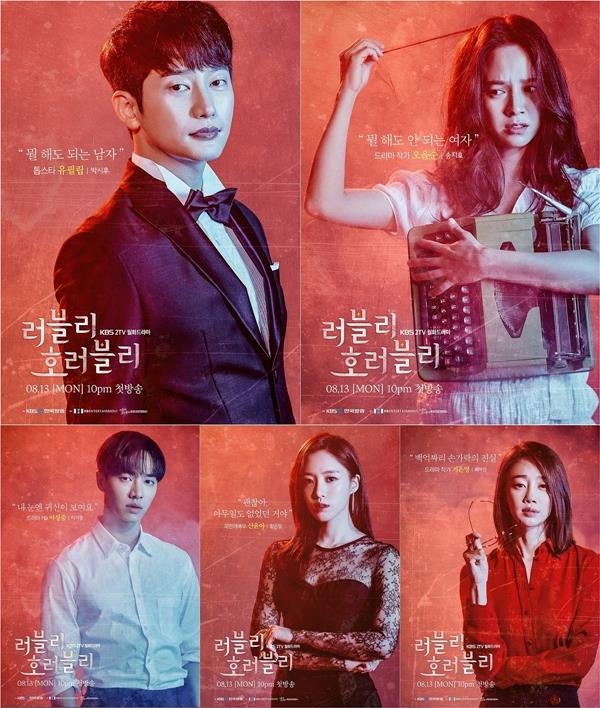