The Galaxy Note 9 comes with a whopping 4,000m Ah battery, which is significantly larger than the 3,300 mAh of the predecessor Galaxy Note 8.

Due to the larger battery, the latest Note weighs 201 grams, compared with 195 grams for the 6.3-inch Note 8. The new phablet is 2 mm thicker than its predecessor.

The 12-megapixel lens supports "Super Slow-Motion" similar to the Galaxy S9. The main camera adopts a variable aperture that can switch between F1.5 and F2.4.

Samsung said the Galaxy Note 9 is also equipped with a high-performance processor which boasts download speed of up to 1.2 Gbps.

The Galaxy Note 9 has an improved cooling system that allows users to enjoy high-quality gaming contents for extended periods without having devices overheat. Samsung said the Note series' largest-ever 6.4-inch display with 18.5:9 ratio, along with "Dolby Atmos" sound system, means it is optimized for gaming experiences. 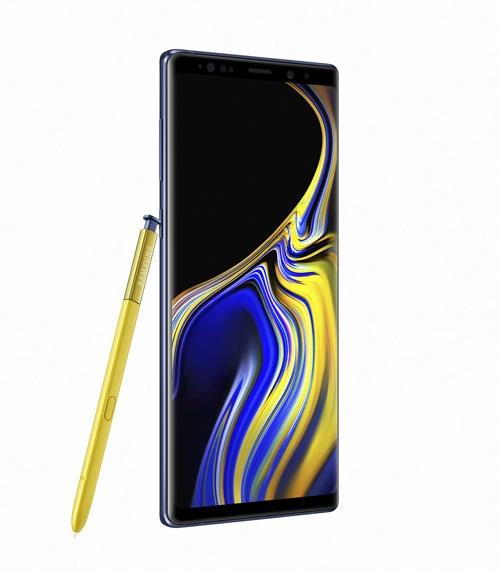