SEOUL, Aug. 9 (Yonhap) -- North Korea warned Thursday that there could be no progress in its denuclearization as it accused some senior U.S. officials of trying to strengthen international sanctions on Pyongyang.

North Korea said it has halted nuclear and missile tests and dismantled its nuclear test site as practical steps toward denuclearization, but it lashed out at the U.S. for unilaterally demanding North Korea denuclearize first.

"As long as the U.S. denies even the basic decorum for its dialogue partner and clings to the outdated acting script which the previous administrations have all tried and failed, one cannot expect any progress in the implementation" of the terms of the North Korea-U.S. joint statement, including denuclearization, a North Korean Foreign Ministry spokesperson said in an English-language statement carried by the country's official Korean Central News Agency.

The unidentified spokesperson also warned that there is no guarantee that the hard-won atmosphere of stability on the Korean Peninsula will continue.

Still, North Korea said it remains steadfast in its commitment to building trust and implementing in good faith the joint statement step by step.

"The U.S. should, even at this belated time, respond to our sincere efforts in a corresponding manner," the ministry said. 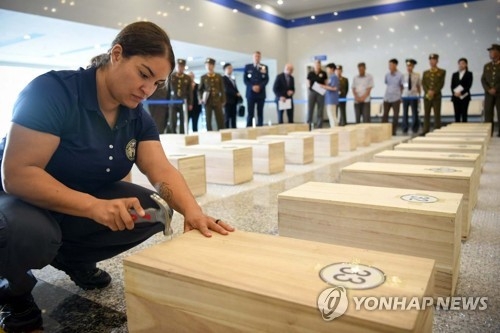