ANNAPOLIS, Maryland, Aug. 9 (Yonhap) -- The U.S. state of Maryland held an official ceremony Thursday to honor veterans of the Korean War amid renewed hope for the recovery of fallen troops' remains.

Gov. Larry Hogan hosted some 60 veterans from Maryland at his official residence in Annapolis, the first time a U.S. state has held a "welcome home" ceremony for Korean War veterans since the three-year conflict ended in July 1953.

Hogan credited his Korean-born wife, Yumi, for making it happen.

"She tells every Korean War veteran that she would not be here if it were not for the dedication and sacrifice of Americans like you," said the governor, who was visibly overwhelmed with emotion. "There can't possibly be words adequate enough to express our gratitude and our profound respect to each and every one of you who served." 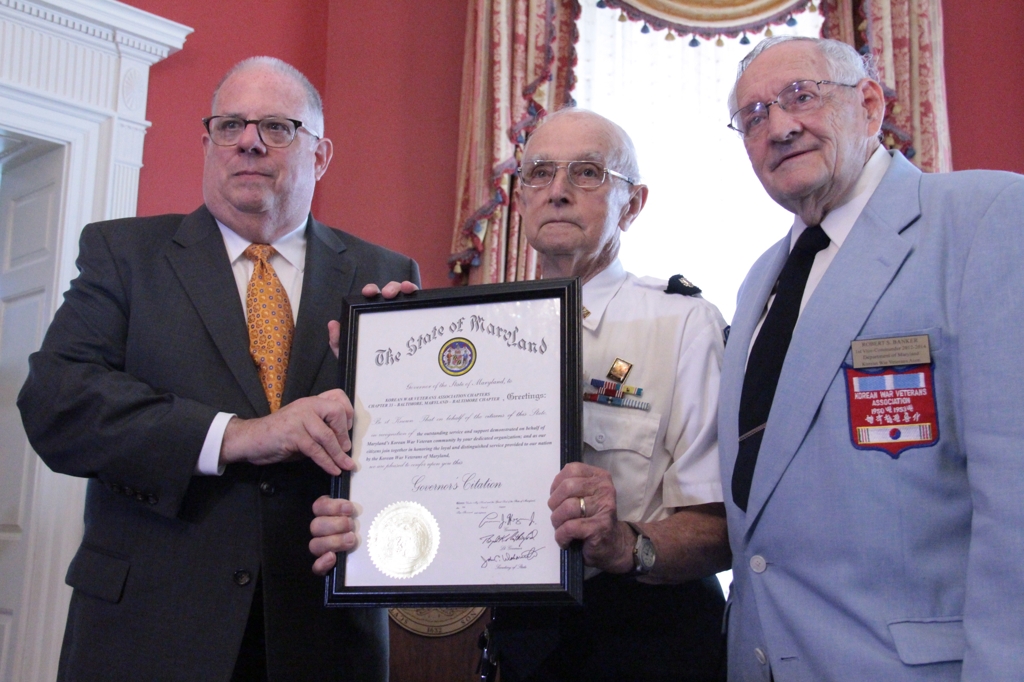 Nearly 7,700 American soldiers remain unaccounted for from the Korean War, and about 5,300 of them are believed to have died in North Korea.

Last month the North returned 55 boxes of what are presumed to be American troops' remains under an agreement reached by U.S. President Donald Trump and North Korean leader Kim Jong-un at their historic summit in June.

"It means an awful lot. I knew a couple of them (who never returned)," Sam Fielder Jr., a Marine Corps veteran who fought in Korea from 1952-53, said in an interview with Yonhap.

One fallen soldier, Fielder said, went to his high school, and another was later found to have died in the prison camps.

He said he hopes the repatriation of the remains is a positive sign for improved relations between the U.S. and North Korea, but he also remained cautious.

"I'm very apprehensive about that," Fielder said of the eased tensions since the summit, citing his mistrust of the North Koreans since the war. "I'm still glad that they sat down and talked. I'm proud of the president for what he's accomplished."

The summit agreement also committed Kim to work toward the "complete denuclearization" of the Korean Peninsula in exchange for security guarantees from the U.S.

Trump has repeatedly voiced confidence that Kim will honor the deal.

But his national security adviser, John Bolton, acknowledged this week that North Korea has not yet taken the steps necessary to dismantle its nuclear weapons program. 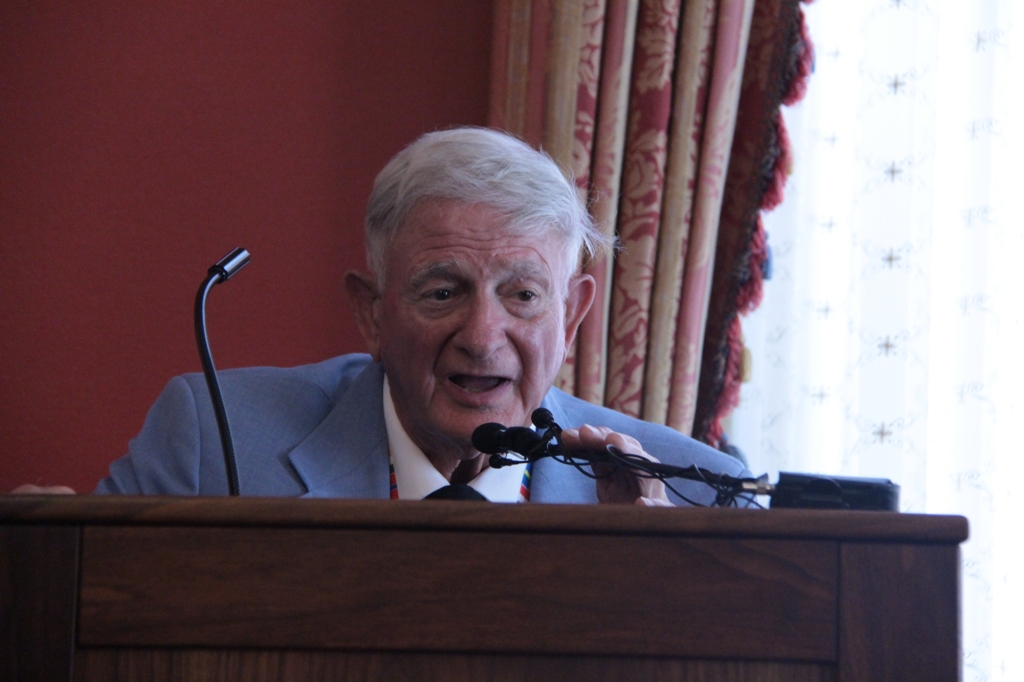