SEOUL, Aug. 10 (Yonhap) -- Samsung Electronics Co. said Friday it will start preorders for the special edition of the 512 GB Galaxy Note 9 next week, with the official sales starting in the country on Aug. 24.

As widely expected, the South Korean tech giant said the factory price of the 512 GB edition, whose storage capacity can expand to a whopping 1 TB through a micro SD slot, is set at 1.35 million won (US$1,201).

The preorder for the special edition will start on Monday.

The special edition comes with two stylus pens, which is one of the key features of Note phablets that are tailored toward power users. Samsung applied a Bluetooth-powered pen for its Note 9. The blue and purple model come with yellow and lavender pens, respectively, with the extra pen being silver.

The pen is capable of carrying out various functions, including getting the phone to remotely take photos and activating various applications.

Samsung said those who purchase the 512 GB Galaxy Note 9 will be able to use their new smartphone three days ahead of the official release.

For South Korean buyers of the special edition, Samsung said it will hand out Samsung Gear IconX earbuds, along with a 50 percent discount for display replacements.

Samsung said the smartphone is available unlocked or through the country's three mobile carriers.

The company added that the price tag of the 128 GB Galaxy Note 9, meanwhile, stands at 1.09 million won. Local mobile carriers will start preorders for the smaller version as well as the larger capacity 512 GB model on Monday.

Samsung earlier claimed that it will sell the Galaxy Note 9 at reasonable prices, apparently to bolster sales and make up for the lackluster performance of the Galaxy S9, which went on sale earlier this year. 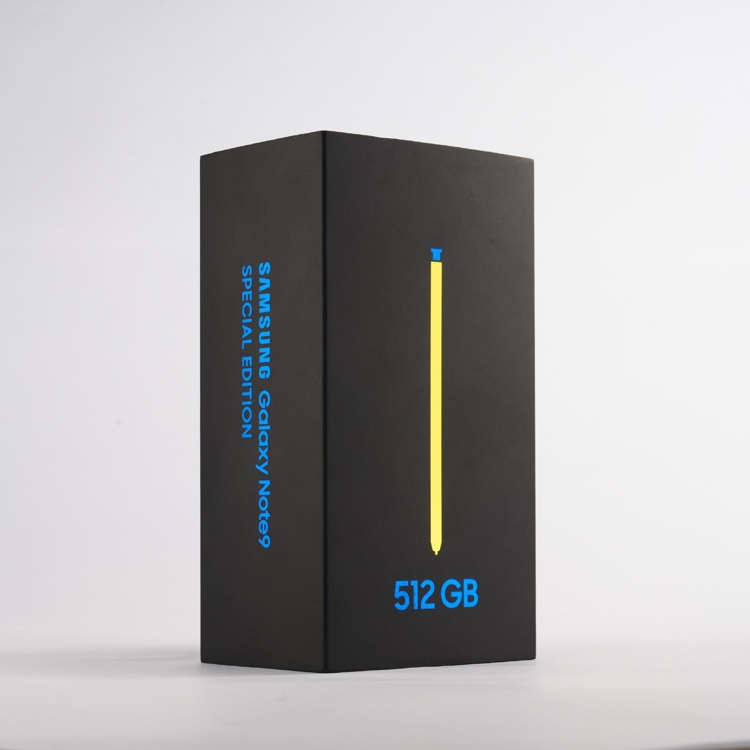