At first glance, with his handsome face and slim physique, An may not look like a hard-working athlete. But his hands tell a different story.

An, 24, has large finger joints and rough skin. In particular, he doesn't have "normal" fingernails. Half of his right hand pinky fingernail is gone.

"It detached a few days ago," An said of his right hand pinky fingernail at the National Training Center in Jincheon, North Chungcheong Province, on Friday. "It's something that frequently happens to me." 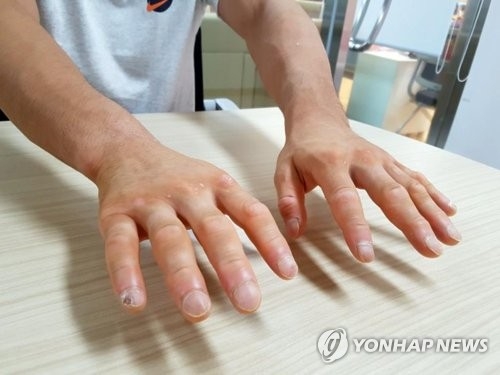 An said he has lost many fingernails since he started judo. Losing fingernails means his grip strength can't be as strong as usual, but whenever such injury happens, An said he wraps up his fingers tighter and never stops practicing.

That's how his signature move, a shoulder throw, was completed, he said. An won three of five matches on a shoulder throw at the Rio de Janeiro Olympics, where he claimed silver.

"It still hurts when I lose my fingernails," he said. "But if I think of what happened in Rio, it just pushes me to work harder."

An, who competes in the men's under-66 kilogram division, was the favorite to win the Rio Olympics as he entered the competition as the world's top-ranked judoka. He reached the final by beating rival Masashi Ebinuma of Japan, but in the gold medal contest, An suffered a stunning defeat against then No. 26-ranked Fabio Basile of Italy.

"Before the Rio Olympics, I enjoyed eating lots of snacks such as chocolate, chips and soda, but after I failed to win a gold medal, I significantly reduced the amount," he said. "Not only did I change my eating habits, I also started improving the technical side of my game."

For his first Asian Games, An said he is working on mastering other special moves in addition to his main weapon, the shoulder throw. 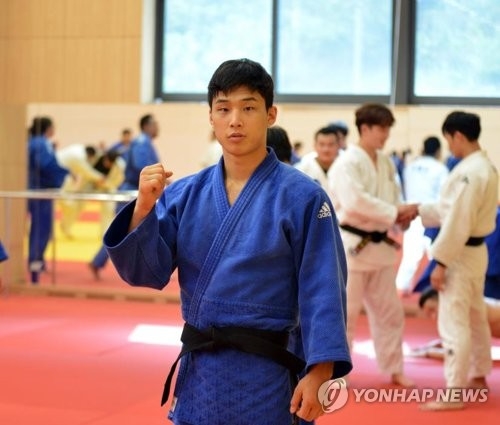 An said his biggest rival at the Asiad will be Joshiro Miruyama of Japan. The two are tied at two wins and two losses in their head-to-head matches.

"I'm losing lots of fingernails these days, but I'm not going to slow down my training," he said. "I will probably meet Joshiro in the final, and since an overtime round is expected, I'll try to focus more on gripping."