SEOUL, Aug. 10 (Yonhap) -- "Along With the Gods: The Last 49 Days" surpassed 8 million in attendance on the ninth day of its run, data showed Friday.

The local fantasy film sold 325,141 tickets for a nine-day cumulative of 8,005,116 views on Thursday, according to the computerized tally from the Korean Film Council.

It became the fastest film ever to pass the 8 million threshold in South Korea, one day faster than 10 days for the country's all-time highest-grossing film "Roaring Currents."

Starring Ha Jung-woo, Ju Ji-hoon and Kim Hyang-gi, "The Last 49 Days" is the second installment in the franchise started by the 2017 box office hit "Along With the Gods: The Two Worlds" by the same director, Kim Yong-hwa.

The Korean film is expected to hit 10 million, a standard for hugely successful films in South Korea, on Saturday or Sunday. In that case, it would become the second "Along With the Gods" film to record more than 10 million in attendance.

The Lotte Entertainment release tells the story of three grim reapers from the first installment meeting the Seongju God (House Guardian God), who remembers their pasts from 1,000 years ago. 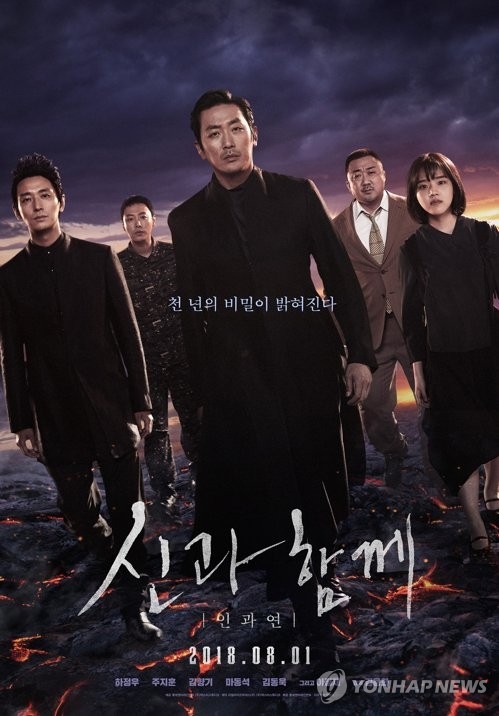