Lee Gae-ho was formally named the minister of agriculture, food and rural affairs in a ceremony held at the presidential office Cheong Wa Dae.

The 59-year-old is the sixth lawmaker from the ruling Democratic Party to have been successfully named a cabinet member since Moon took office in May 2017.

Lee sat on the parliamentary agriculture, livestock and fishery committee in 2016 and 2017. 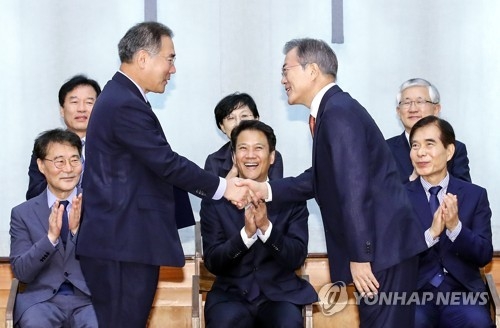