The work, the artist says, is not to express interest in or longing for old architecture that has been rapidly phased out under the name of urban renewal.

He believes the project can provide a clue to what's happening now and why the present has been shaped to be the way it is.

The installation titled "Rocket and Monster," on view at the National Museum of Modern and Contemporary Art (MMCA) as part of the museum's annual artist awards, is his satirical take on the state-led economic growth that created fantasies -- or false hope -- about a rosy future that the state argued could be brought about by scientific and economic development. 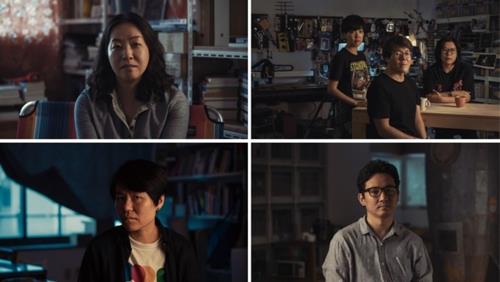 "The radical modernization still controls the mindsets of the people ... Government-led development has nurtured the mythic belief about what science and technology can provide," the artist said during a press tour on Thursday for the upcoming exhibition "2018 Korea Artist Prize."

Jung is one of four finalists for the annual prize, which was established in 2012 by the museum and the SBS Culture Foundation and is given to the most promising, resourceful artist with sharp insight into society and art.

With the award ceremony, the museum holds an accompanying exhibition to support and introduce "the most capable and creative artists in Korea." This continues the tradition of the "Artist of the Year" that took place from 1995-2000.

During the press conference, the museum focused more on the four individuals' unique artistic styles rather than on a potential winner. Artist group Okin Collective explores the relationship between the individual and community in video, performance art and radio broadcasts. The group was formed in 2009 to address the eviction and resettlement of the residents at Okin Apartment in downtown Seoul.

"We've been looking into why people form a community and how they solve problems arising from a communal lifestyle," Yi Joung-min of the three-member group said.

"In the huge social system, we often witness a situation where an individual isn't allowed to play as a main agent. We would like to talk about small communities and prioritize what's important," she said. 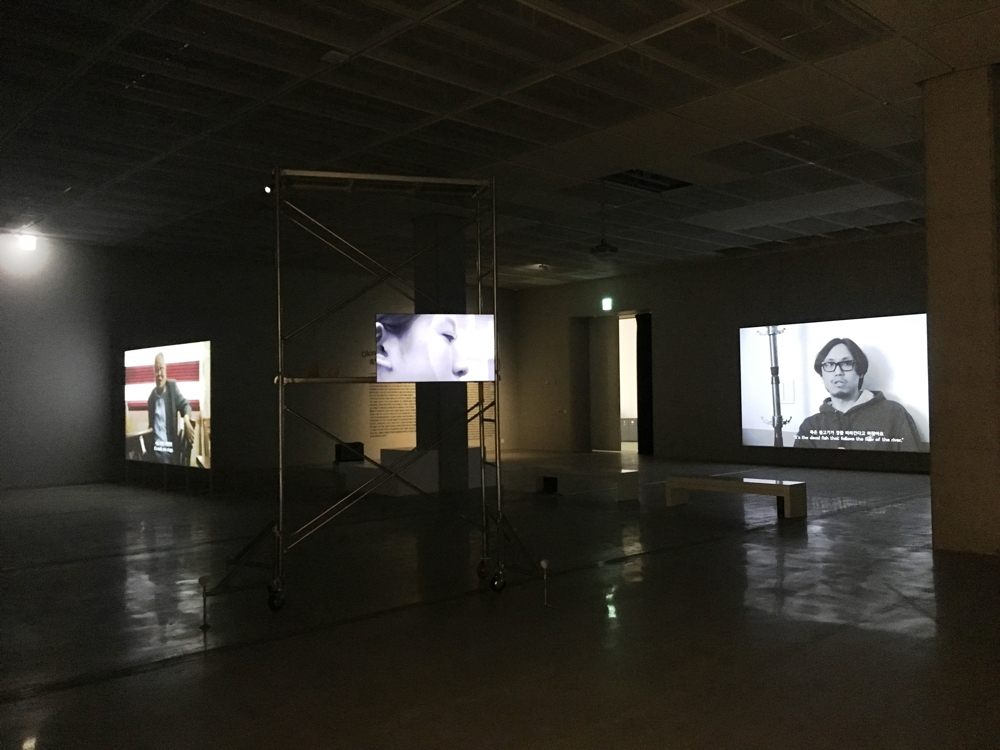 Another finalist, Gu Min-ja, examines artificial intervention into the rule of nature and time in the process of civilization. She chronicles her time on the island of Taveuni in Fiji, which the International Date Line (IDL) runs through. Through the experiment, she highlights the irony of man-made rules by living a day twice by simply crossing the line.

Yet another candidate, Jung Eun-young, has, for a decade, studied and researched traditional Korean performing arts by female theatrical players, which enjoyed high popularity in the 50s. The genre all but disappeared during the male-centric modernization process despite its importance in Korean art history.

The artist collected and archived historically important materials regarding the subject to provide a better insight into how Korean art tradition has been dictated in a deliberate and subjective manner.

The MMCA will announce the final winner on September 5, and the exhibition will continue until November 25.