ULSAN, Aug. 10 (Yonhap) -- A pan-Asian film cultural organization will offer an award during a mountain film festival in September to be orchestrated by the Ulju municipality in southeastern South Korea, organizers said Friday.

The Network for the Promotion of Asian Cinema (NETPAC), a worldwide organization of 29 member countries to promote Asian cinema, is scheduled to give the award at the closing ceremony on Sept. 11 of this year's Ulju Mountain Film Festival (UMFF), the third of its kind.

According to the organizing committee of the film festival, a group of judges comprising NETPAC members and film experts will screen the 14 Asian films that have advanced to the film festival's finals and choose the best film among them.

The establishment of the NETPAC award came after the South Korean mountain film festival joined the Singapore-based network this year as its 45th member.

In November last year, the UMFF joined the International Alliance for Mountain Film, an institution to promote, enhance and conserve mountain cinematography, as its 24th member.

The South Korean film festival is scheduled to run for five days starting Sept. 7 in the town of Ulju next to the Yeongnam Alps, a group of tall mountains in the Yeongnam region of southeastern South Korea.

The festival is expected to show 150 mountain-themed movies from around the world. 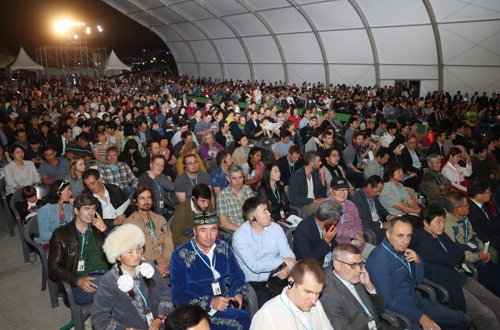