SEOUL, Aug. 10 (Yonhap) -- With a little help from her mom who once competed in the same sport, South Korean table tennis player Yang Ha-eun will chase her first Asian Games gold medal in Indonesia later this month.

Yang, 24, has been doing things that her mother, 51-year-old Kim In-soon, never got to experience -- playing in the Asian Games and Olympics, and winning medals.

Yang won the women's team bronze medal in 2010 and picked up a bronze in the women's singles four years later. She also won the mixed double world championship in 2015. Yang made her Olympic debut two years ago in Rio de Janeiro. 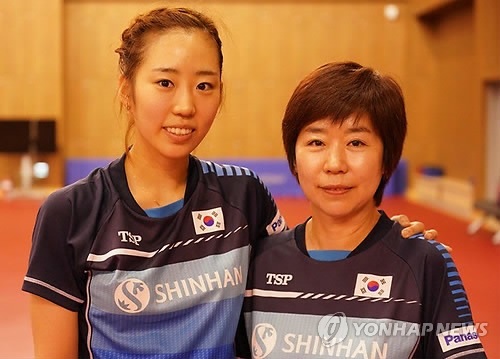 Kim was an Asian junior champion and a highly rated youngster in the early 1980s, but she had the misfortune of playing in the same era as some of South Korea's best players ever. Kim didn't make the national teams for the 1986 Asian Games and the 1988 Olympics, both held in Seoul and watched the likes of Hyun Jung-hwa and Yang Young-ja win gold medals.

Today, Kim isn't just a proud mother of the world's 30th-ranked player. She is also a national team manager, working behind the scenes to make sure Yang and other athletes only worry about their preparations for the Aug. 18-Sept. 2 Asian Games in Jakarta and Palembang, Indonesia.

Her responsibilities range from picking up balls after practices to bringing in snacks for players with a sweet tooth.

"My main job is to create an environment where the athletes can stay focused," Kim said in a recent interview at the Jincheon National Training Center in Jincheon, 90 kilometers south of Seoul. "The athletes are holed up in their dorms here at the training center. If they have cravings for something sweet, I go out and bring back some chocolates or pastries for them."

Though Kim herself was an accomplished player, she said she doesn't talk about technical aspects of the game with her daughter when they're together.

"Coaches are there to work with her on techniques," Kim said. "So when she's not training, I just try to lend her an ear and talk about other things."

Kim has been with the national team since March last year and watching her daughter grow up as a player makes her job that much more rewarding, she said.

"I am so proud to see her play at the Asian Games and do things that I never did," Kim added. "I hope she wins a medal at this year's Asian Games and also hopefully at the 2020 Tokyo Olympics, which could be her last Olympics." 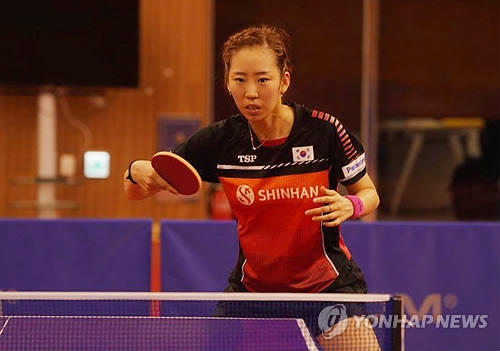 Yang will compete in the mixed doubles and the women's team event in Indonesia. Though China continues to reign supreme in global table tennis, Yang is hoping she could at least give Chinese players a run for their money.

"It's great to have my mom around me all the time," Yang said. "She gives me advice before matches and she really cheers me up. Her presence has been a huge help psychologically."

Yang said her past two Asian Games appearances left much to be desired, and she wants to make sure she won't leave Indonesia with regrets.

"I was just a young kid eight years ago at the Guangzhou Asian Games, and I felt like I left so much on the table in 2014 in Incheon," Yang added. "I would love to win a medal in the team event this time."