The 2018 festival, the 13th of its kind, runs from Friday to Sunday at the Pentaport Park in Incheon, west of Seoul, hosted by the city of Incheon.

The event has hosted about 1,200 rock musicians and bands in its past 12 editions, including Scorpions, Muse and K-pop icon Seo Taiji, and drawn a total of 800,000 spectators.

Incheon Pentaport has been the most celebrated summer outdoor event among local rock music fans and drew increased attention for this year's event as its rival, the Jisan Valley Rock Festival, canceled its 2018 edition amid falling ticket sales. 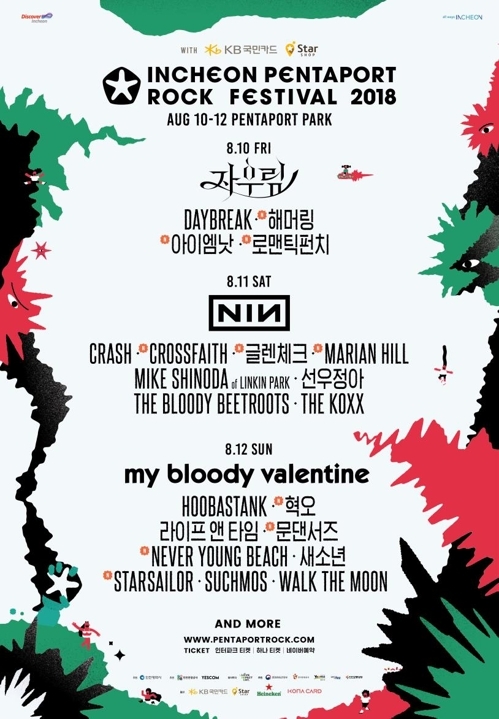