The findings present the South's government with a diplomatic burden amid the U.S.-led efforts to maintain international unity in enforcing sanctions on the communist nation until its full denuclearization.

The Korea Customs Office (KCS) said the three firms brought in 35,038 tons of North Korean coal and pig iron, worth a combined 6.6 billion won (US$5.86 million), on seven occasions between April and October last year.

They were found to have transshipped the materials at a Russian port and manipulated documents on the country of origin or the type of stuff.

The coal was a sort of commission fee for the firms' role in helping export North Korean goods to other countries via Russia, with a wide web of sanctions against Pyongyang in place, according to the KCS.

The pig iron, obtained in exchange for selling Russian coal to North Korea, was brought into South Korea via a paper company in Hong Kong, it added.

That means the importers knew that the materials originated in North Korea.

But the customs office said it found no evidence that local banks, which issued letters of credit for them, were aware of such illicit trade. 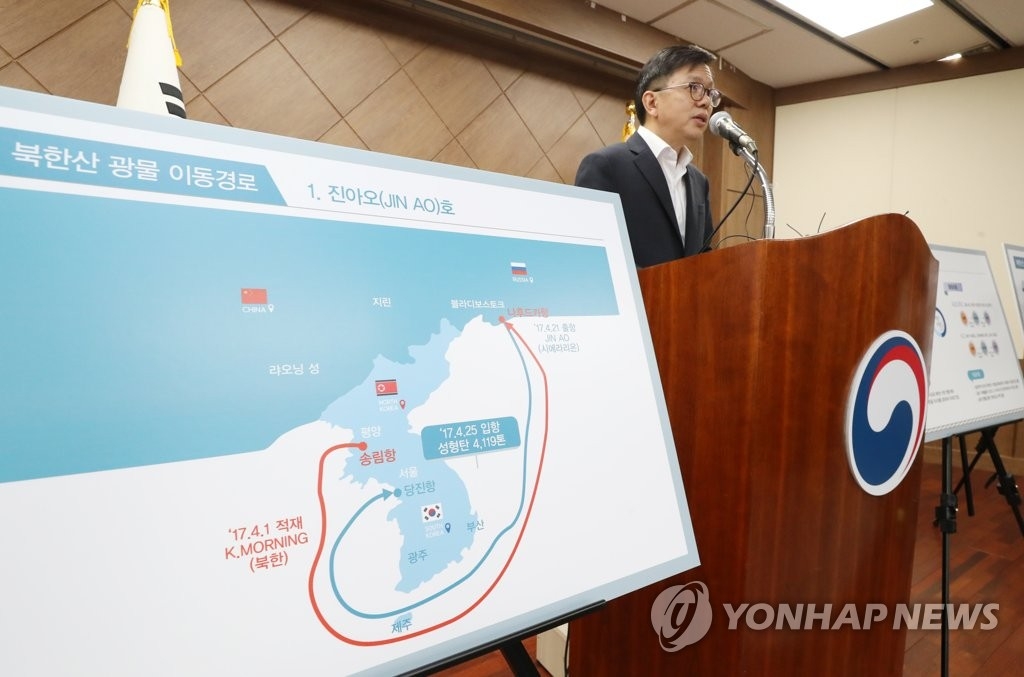 The KCS has decided to ask state prosecutors to take steps related to customs law against the three firms and their representatives, all of whom were earlier indicted for breaking other domestic laws.

KCS officials said it took several months to complete their probe into the cases as the suspects refused to cooperate.

U.S. Rep. Ted Poe, who chairs the Subcommittee on Terrorism, Nonproliferation and Trade in the House of Representatives, was quoted as saying in a media interview that third-party sanctions should be imposed on South Korean companies, as with some Russian and Chinese firms, if they have violated U.N. resolutions.

The incidents may hurt South Korea's international image in the North Korea sanctions regime amid growing concern about loopholes in enforcement.

The government is in urgent need of crafting effective ways to prevent the recurrence of such a case, observers said. It's reportedly quite difficult to tell the difference between North Korean and Russian coal from substance analysis alone.

The government has stated that it's determined to maintain sanctions on the North unless it's assured of the communist neighbor's denuclearization.

His ministry later pointed out that the U.S. usually imposes its own sanctions on the violators of U.N. resolutions in case they breach rules systemically or their governments are negligent in punitive steps.

Asked about the issue at a press briefing in Washington D.C., State Department spokeswoman Heather Nauert also stressed South Korea is "an ally and longstanding partner of ours, and we closely coordinate with that government." 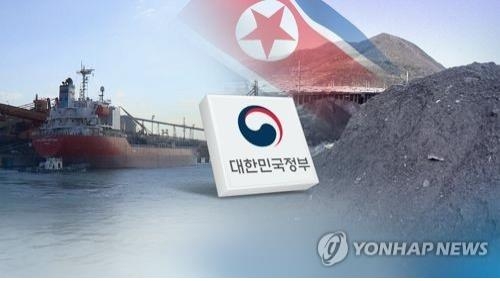 Meanwhile, the KCS said four out of the seven cargo ships used for the banned activities since August last year, including a Belize-flagged ship, the Jin Long, will be reported to the U.N. Security Council's sanctions committee, according to informed sources.

The three remaining ships involved in North Korea's exports before August will likely be punished in accordance with South Korea's May 24 sanctions on the North, they added.

The North's coal prices plummeted with the U.N. Security Council's adoption of Resolution 2371 in August 2017 for the North's test-firing of an intercontinental ballistic missile.

It calls for a ban on the nation's exports of coal, iron ore and other mineral resources. Like previous resolutions against Pyongyang, it allows the other U.N. member states to inspect and seize vessels suspected of engaging in prohibited activities.