Lee Geum-min and Choe Yu-ri are two of the six forwards on the South Korean women's national football team that will compete in the Jakarta-Palembang Asian Games in Indonesia. As forwards, the pair said they want to score lots of goals.

"I think we need to be more delicate when attacking and have to convert chances," Lee said to reporters at the National Football Center (NFC) in Paju, north of Seoul, ahead of training. "We also need to have strong physical stamina to stay focused until the last minute." 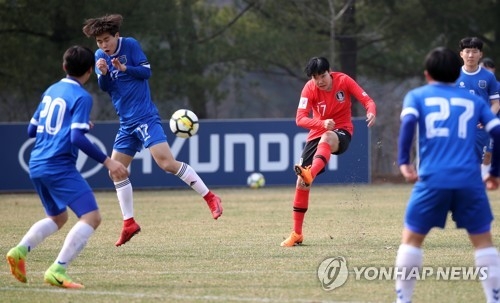 Lee, who has 12 goals in 37 caps, will make her Asian Games debut. She, however, said her experience from other international competitions will help her perform well at the Asiad.

"I feel pressure as a forward, but at the same time, that pressure pushes me to work harder," she said. "With other international experience, I'm confident with my play."

Lee said everyone is eager to change the color of South Korea's Asian Games medal. The Taeguk Ladies have yet to claim a gold medal at the Asian Games but have won two bronze medals in the last two editions of the continental event.

"Every match is important, and we want to play aggressively from the start," she said. "It will be very nice if we can change the color of the medal to gold."

Choe, who competed at the 2014 Asian Games, said she is also determined to win a gold medal. The 23-year-old has four goals in 23 matches.

"I was the youngest on my team at the 2014 Asian Games, but now I'm competing with more experience," she said. "Being aggressive is important, but for me, executing other roles is important."

Choe, a versatile attacker, said head coach Yoon Duk-yeo is emphasizing that the players serve multiple purposes on the pitch.

"Through video analysis and meeting, the coach said attackers also have to be ready when defending," she said. "Personally, I want to score more goals. I scored two goals at the 2014 Asian Games, but this time I want to double that number." 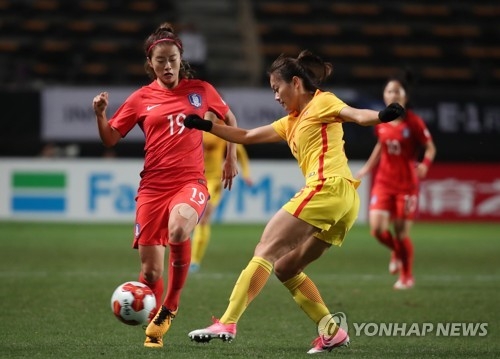