SEOUL, Aug. 11 (Yonhap) -- A Jin Air flight from Johor Bahru in Malaysia to Seoul has been delayed for about 26 hours due to a technical problem, the company said Saturday.

The B777-200ER plane bound for Incheon International Airport, west of Seoul, was originally scheduled to take off from Senai International Airport in southern Malaysia at 10:40 p.m. Friday, but was delayed due to a problem with the plane's landing gear, according to Jin Air Co., the budget affiliate of Korean Air Lines Co.

Jin Air said the problem was detected before boarding for 245 passengers began. It has provided hotel rooms to the affected passengers. 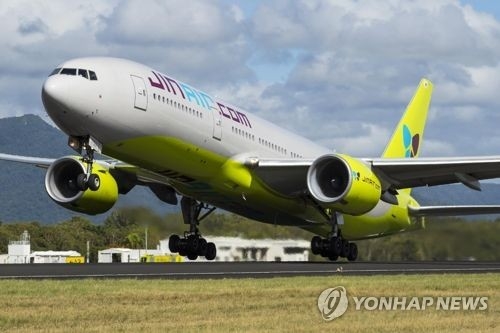