During the talks, which took place in India on Friday, they agreed to promptly hold the vice ministerial 2+2 dialogue involving the two countries' foreign and defense ministries, according to the Ministry of Defense.

Song called for cooperation and support from the international community, including India, to achieve denuclearization on the Korean Peninsula.

The Indian defense minister said in response she shares the need for close ties between the two countries, according to the Seoul ministry.

During his two-day visit that began Thursday, Song also met with Indian National Security Advisor Ajit Doval and shared views on the need to specify ways to further expand the two countries' exchanges in the defense industry.

Song's trip marked the first visit to India by a South Korean defense chief since 2012. 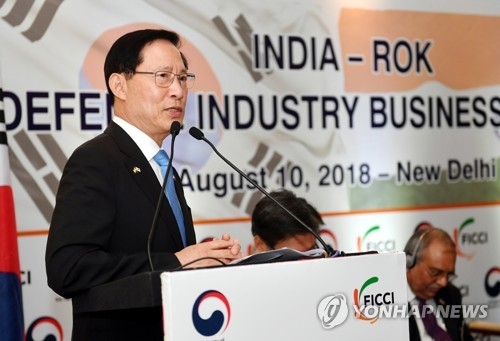