SEOUL, Aug. 11 (Yonhap) -- South Korea is preparing to report its investigation results on suspected North Korean coal shipments to its ports to the U.N. Security Council next week at the earliest possible date, a government official said Saturday.

"We have decided to report (our results) to the U.N. Security Council as soon as possible," the government official said. "We are thinking of reporting them next week if possible."

The report will also include a list of four cargo ships used for the banned activities, including a Belize-flagged ship, the Jin Long, according to the official.

The government earlier said the three remaining ships involved in North Korea's exports before August will likely be punished in accordance with South Korea's May 24 sanctions on the North. 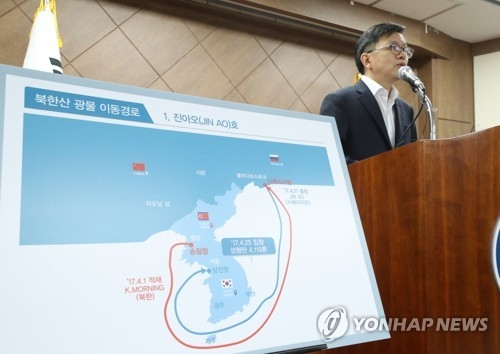