SEOUL, Aug. 12 (Yonhap) -- LG Electronics Inc. said Sunday it will start selling its super-premium smartphone, the LG Signature Edition, this week for limited sales of 300 units with a price tag of 1.99 million won (US$1,770).

The company said it has already sold 200 units through preorder over the previous two weeks. It will be released Monday unlocked from carriers.

The smartphone comes with special services, including exclusive consulting services, a two-year warranty and a replacement for broken displays. Users can also inscribe their names on the back of the smartphone.

The LG Signature Edition, which is based on the LG V35 ThinQ, comes with a 256 gigabyte storage capacity. LG said the smartphone is designed with zirconium ceramic, making the device more durable and stronger compared with other devices in the market.

Other features of the smartphones include the 6-inch 18:9 OLED full vision display, artificial intelligence camera and the DTS:X 3D sound system.

LG said the premium smartphone also comes with the Beoplay H9i headset, which is valued at 700,000 won. 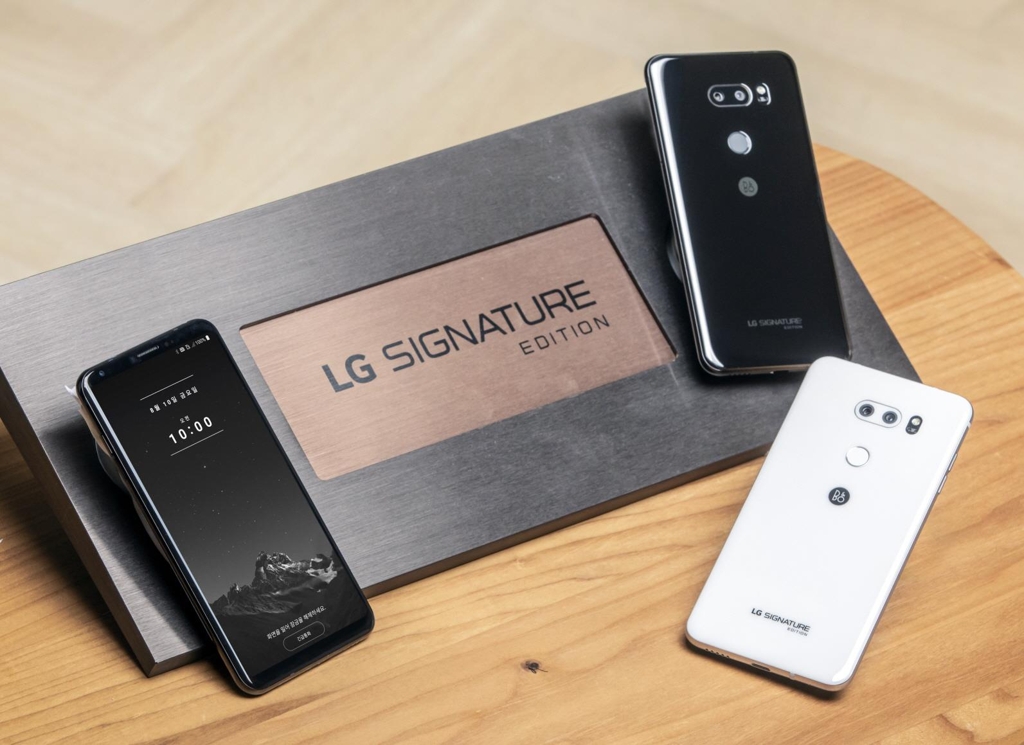