The certificate is granted by the Open Platform for NFV (OPNFV) that conducts tests on 215 areas, the company said.

LG Uplus said it marked the first time for a mobile carrier to win the certificate, which was previously earned mostly by device manufacturers.

"If the 5G industry launches its full-fledged development, we can create new values via new technologies, such as cloud, big data and AI," LG Uplus said. "To process more data and provide services on time, it is vital to optimize network and expand infrastructure."

The company said the latest certificate allowed LG Uplus to gain more credibility in the global market and proved its capabilities in the network function virtualization. 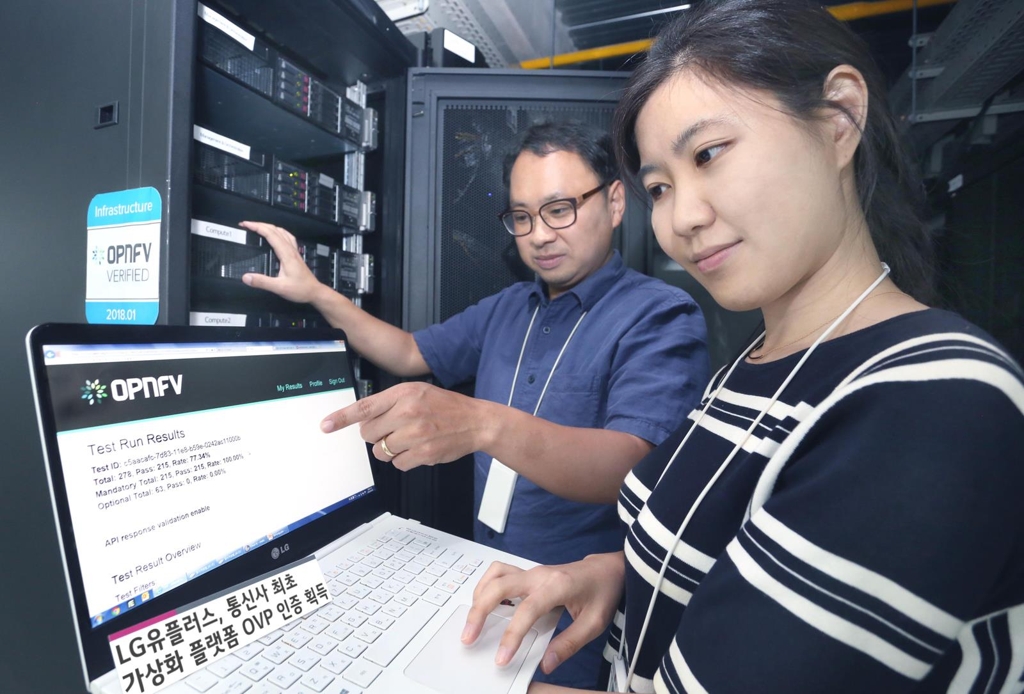