SEOUL, Aug. 12 (Yonhap) -- The latest increase in the global oil price and the country's minimum wage, along with the heat wave are anticipated to push up the cost of living in South Korea, a report showed Sunday.

According to the report released by the Hyundai Research Institute, the country is set to be affected by a hike in living costs following multiple factors, including the increase in raw material prices and the minimum wage.

The report said the price of foodstuffs also has been increasing since 2016, although the pace slowed recently.

Local businesses have also been facing a hike in expenditures in labor outlays, as the government recently raised the minimum wage by a two-digit percentage.

Following the government's push to have businesses grant permanent positions to irregular workers, the report said local companies are set to face more burdens down the road.

Researchers also cited the recent heat wave as another hurdle for the nation's economy.

The private think tanks said research showed average prices of fresh foodstuffs tended to increase when the number of heat wave days hovered above the average of 4.3 days over the July-August period from 1991 to 2017.

The country had a record of 28.7 days of heat waves for the July-August period in 1994.

Considering such factors, researchers said the government should keep close tabs on the goods trade so the increase of product costs does not surpass the hike of production costs by a large margin.

The government should, moreover, take a closer look at agricultural goods prices and the retail market as a whole, as the demand for such products will increase for the Chuseok holiday in September. 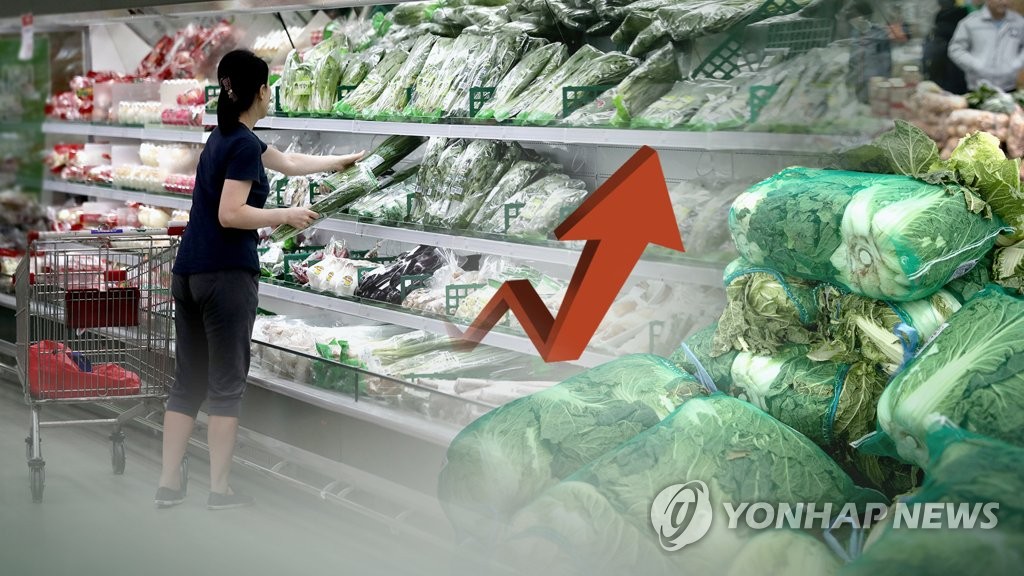