SEOUL, Aug. 12 (Yonhap) -- Jang Jun, an 18-year-old taekwondo practitioner, won the World Taekwondo Grand Prix in Russia on Sunday, becoming the youngest Korean ever to win a gold in the event.

He took the Moscow Grand Prix title in the men's 58-kilogram category after a series of overwhelming victories in the previous bouts.

After the final, Jang said, "I am happy to win the same event that I lost last year in my first appearance."

He also showed determination to compete in the 2020 Tokyo Olympics.

"I narrowly lost to Kim Tae-hun to win the ticket for the Asian Games," he said. "I will train harder to improve my physical strength to win next time." 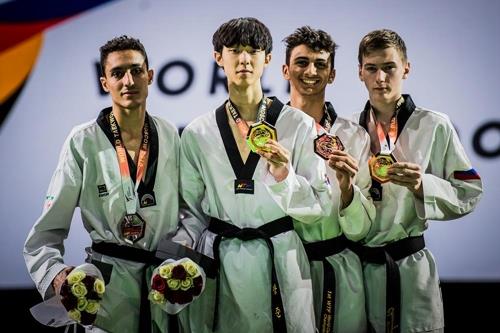