The South Korean tech giant said the new Bixby is also better as it boasts better connectivity with other applications, providing users with a wider range of services.

The original Bixby was considered to be less competitive compared with the Google Assistant or Amazon's Alexa in terms of understanding spoken languages.

Samsung said the new Bixby, which is faster than the original, is capable of understanding context when having dialogue with users. For example, a person can ask about the weather for today and ask further questions by simply saying, "What about tomorrow?"

Through the improved connectivity to applications, Bixby can find a Uber driver when a user says, "I wish to go to New York JFK International Airport."

In South Korea, Samsung said users can ask Bixby to order a coffee if they pre-register Samsung Pay information on the Starbucks app. Samsung Pay is a mobile payment program that can be installed on various smart devices.

The company said it has especially made thorough preparations in terms of connecting to Samsung Pay.

Samsung said the new Bixby will be released through the Galaxy Note 9 smartphone, but the upgrade will be provided on the Galaxy S8, Galaxy Note 8 and Galaxy S9 series devices down the road.

The upcoming AI speaker Galaxy Home will come with the updated Bixby. 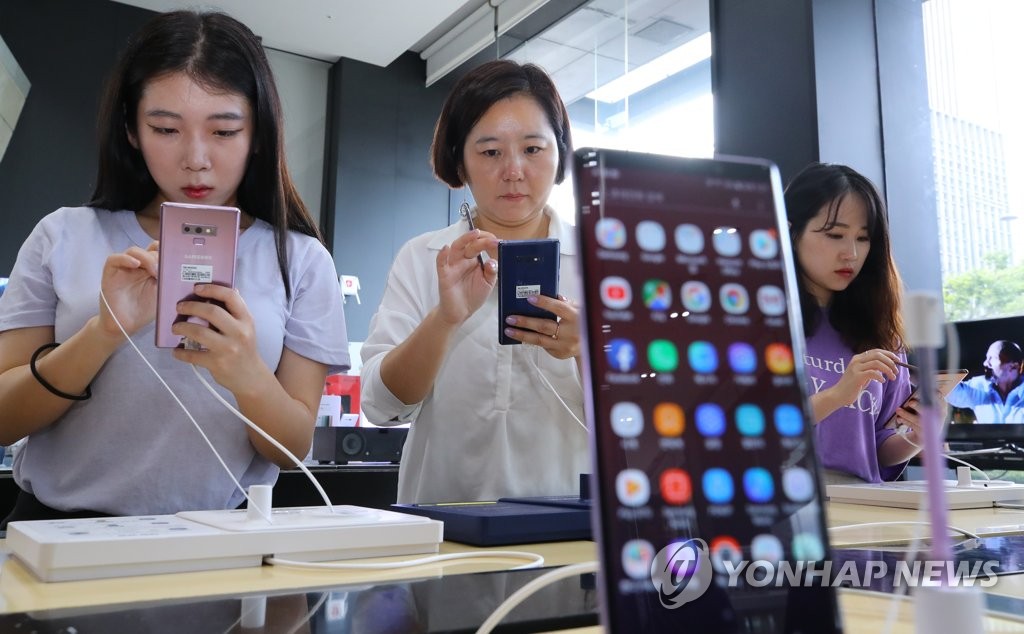