SEOUL, Aug. 12 (Yonhap) -- An Indonesian cosmetic company has decided to send their employees to Seoul as a reward trip for the second year in a row, the Seoul Metropolitan Government said Sunday.

The company, MCI (Millionaire Club Indonesia) Group, will send some 2,000 employees -- the biggest scale in its kind by a Southeast Asian firm -- to Seoul on separate trips, starting Sept. 10 through Oct. 3. Last year, some 1,000 workers visited the South Korean capital city.

The company has chosen Seoul again this year after its tour program received a positive response from its employees last year. It is the first time for a foreign company to revisit the city as a group for the second year in a row. 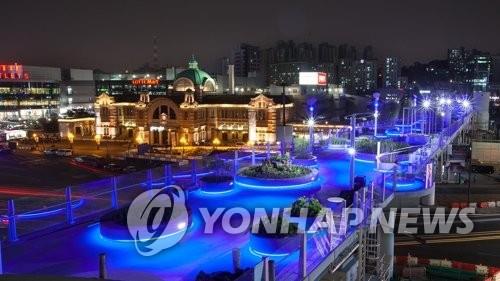 They will visit a number of landmark tourist destinations in Seoul and a few places on the outskirts of Seoul, such as Nami Island and Everland, a popular theme park in Yongin.

The city will set up a booth at major tourist spots so that the visitors can, among other things, try on the traditional Korean "hanbok" attire and experience colorful Korean culture.

The number of Southeast Asian travelers who visit Korea as part of incentive travel programs rose to 15,072 last year from 4,450 in 2014. From January to July this year, more than 17,000 people have joined such programs and traveled to Korea.

The city said its aggressive marketing campaigns in the region to diversify inbound tourist sources is slowly paying off.