SEOUL, Aug. 12 (Yonhap) -- The logistical details of the third inter-Korean summit between South Korean President Moon Jae-in and North Korean leader Kim Jong-un are likely to be determined during a high-level official meeting on Monday, the presidential spokesman said.

"We expect the date, venue and size of the South Korean delegation to be agreed on during the high-level talks tomorrow in light of the April 27 Panmunjom Declaration," Cheong Wa Dae spokesman Kim Eui-kyeom said Sunday in a press briefing.

The two sides are scheduled to hold talks this week to discuss holding another summit in the near future and review the implementation of their previous summit agreements.

The spokesman's mention of the declaration and the size of South Korean delegation spurred speculation among reporters that the venue will likely be in Pyongyang, as the two leaders agreed during the April summit to meet again in the North Korean capital city in the fall.

His expectation of positive results at the talks is "not without some firm grounds," the spokesman also said, raising hope that the two are making progress on the matter.

"As you all know, we have a number of official and unofficial communication channels with the North ... We are preparing for tomorrow's talks through these channels," Kim said.

The two reportedly engaged in working-level talks on Sunday so as to be able to reach an agreement at the talks. 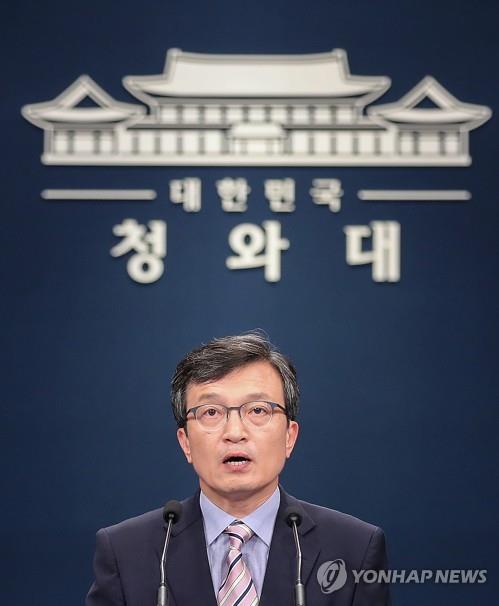