SEOUL, Aug. 13 (Yonhap) -- South Korea will be looking for breakthrough gold medals in athletics and swimming when the 18th Asian Games kick off in Indonesia on Saturday.

The Jakarta-Palembang Asian Games will offer 462 gold medals in 40 sports, but nearly one-fourth of those medals will come from athletics and swimming events. There will be 55 gold medals up for grabs in swimming -- including diving, synchronized swimming and water polo disciplines -- and 48 for athletics.

While rivals China and Japan have been strong in the two sports to take an advantage in the medal race at the Asian Games, South Korea has been struggling to produce a top podium finish in athletics and swimming.

South Korea has so far won 25 gold medals in athletics at the Asian Games, a weak number compared to China's 300 and Japan's 151. As for swimming, Japan has 285 gold medals, with China following with 231. South Korea only has 22 swimming gold medals.

In athletics, China and Japan have been trying to expand their presence outside Asia. At the 2017 International Association of Athletics Federations (IAAF) World Championships in London, China took fifth place in the medal standings with two golds, three silvers and two bronzes. Japan was 29th with one silver and two bronzes. South Korea had no medalists.

South Korea has a hard time just keeping up against other Asians. South Korean athletes failed to win golds at the 2014 Asian Games at home, taking only four silvers and six bronze medals. At the 2010 Asian Games in Guangzhou, South Koreans took four golds, three silvers and three bronzes.

At the 2018 Asian Games, South Korea hopes to end the gold medal drought.

Among track and field athletes, Chung Hye-rim, who will compete in the women's 100m hurdles, is considered a gold medal contender. Her season-best record is 13.11 seconds, and she is likely to vie for the gold medal against China's Wu Shuijiao.

Su is the current co-holder of the Asian 100m record at 9.91 along with Nigerian-born sprinter Qatari Femi Ogunode. Kim will try to break the 10-second barrier and hopefully stand on the podium. 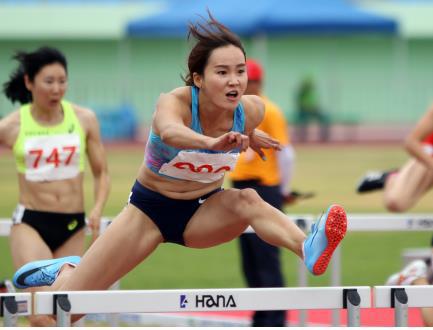 In swimming, South Korea will try to fill the void left by the absence of the national swimming icon Park Tae-hwan, with hopes that new stars will be born in Indonesia.

Park, the 2008 Beijing Olympics gold medalist in the 400m freestyle, has won 14 medals total at the Asian Games, including six gold medals. But he decided not to compete at the 2018 Asian Games, saying he isn't in his best form.

Only eight South Korean swimmers have claimed gold medals at the Asian Games. South Korea hopes it can increase that number this time.

At the 2014 Asian Games in Incheon, South Korea failed to win a single gold medal in swimming. It was the first time in 36 years that the country had no swimming gold medalist at the Asian Games.

South Korea will send 58 athletes to swimming sports at this year's Asian Games. Along with 27 swimmers, 13 will compete in water polo and 10 will perform in artistic swimming, formerly known as synchronized swimming. Eight South Koreans will participate in diving disciplines. 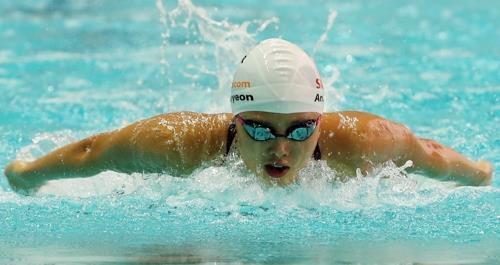 An, 22, finished fourth in the 200m butterfly and fifth in the 100m butterfly at the 2017 FINA World Aquatics Championships in Budapest, Hungary. Kim also became the first South Korean to reach the individual medley final at the world championships last year and took sixth place.

Other medal contenders in swimming include Woo Ha-ram in men's diving. The 20-year-old collected one silver and three bronzes in his Asian Games debut four years ago. At the 2016 Rio de Janeiro Olympics, he became the first South Korean to perform in the final.

Woo, however, will have to overcome Chinese divers to earn a gold medal. China has been dominant in diving, winning 122 medals, including 70 golds, so far at the Asian Games.

For water polo, South Korea will hope they can medal for the first time in the men's division since the 1990 Asian Games. The men' team finished fourth in 2010 and 2014. 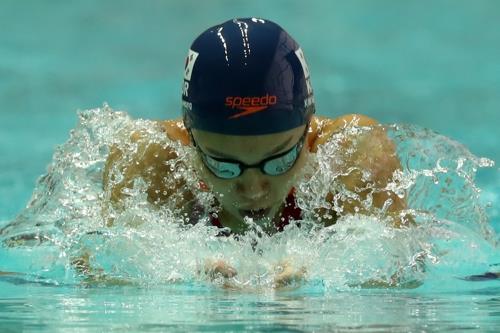