SEOUL, Aug. 13 (Yonhap) -- Samsung Electronics Co. said Monday it wishes to become the first in the world to release an operational foldable smartphone, raising the possibility that it may showcase the first product in the near future.

"We are focused on bringing innovations favored by consumers, rather than just becoming the world's first. In terms of the foldable phone, however, we do not want to miss the first spot," said Koh Dong-jin, who heads Samsung Electronics Co.'s IT and Mobile division.

The remark came as global tech manufacturers, including U.S. Apple Inc. and China's Huawei, have been making preparations to release foldable phones.

"We want to hear that Samsung Electronics made a quality product when we showcase a foldable phone on the market," Koh said, claiming the release is getting closer.

While Koh refrained from providing a specific schedule, industry watchers said Samsung may showcase its first foldable phone as early as this year.

Koh added the current system of releasing an S smartphone in the first half and a Note device in the second half will not be changed for the time being.

Concerning the escalating competition in the smartphone market, Koh claimed that Samsung still maintains a solid spot in the emerging markets. He said the company will remain as the leader by speeding up its efforts to improve capabilities in terms of artificial intelligence, Internet of Things and fifth-generation network technologies.

Koh said the company is also preparing for the new trend in the market where smartphones are evolving to become more complicated "smart devices."

"We will utilize our advantages as a comprehensive tech firm that covers TVs, home appliances and speakers to provide more convenient lifestyles to users, and also widen our gap with rivals," Koh said.

Claiming that Samsung should not lose leadership in the fifth-generation network technology, Koh said its first 5G smartphone will be a separate model and not the Galaxy S10.

Samsung plans to provide more details on its first AI speaker, the Galaxy Home, which is equipped with Bixby, in November at the developers' conference.

"The developers' conference will become the starting point of Samsung's move to build an ecosystem of Bixby," Koh added. 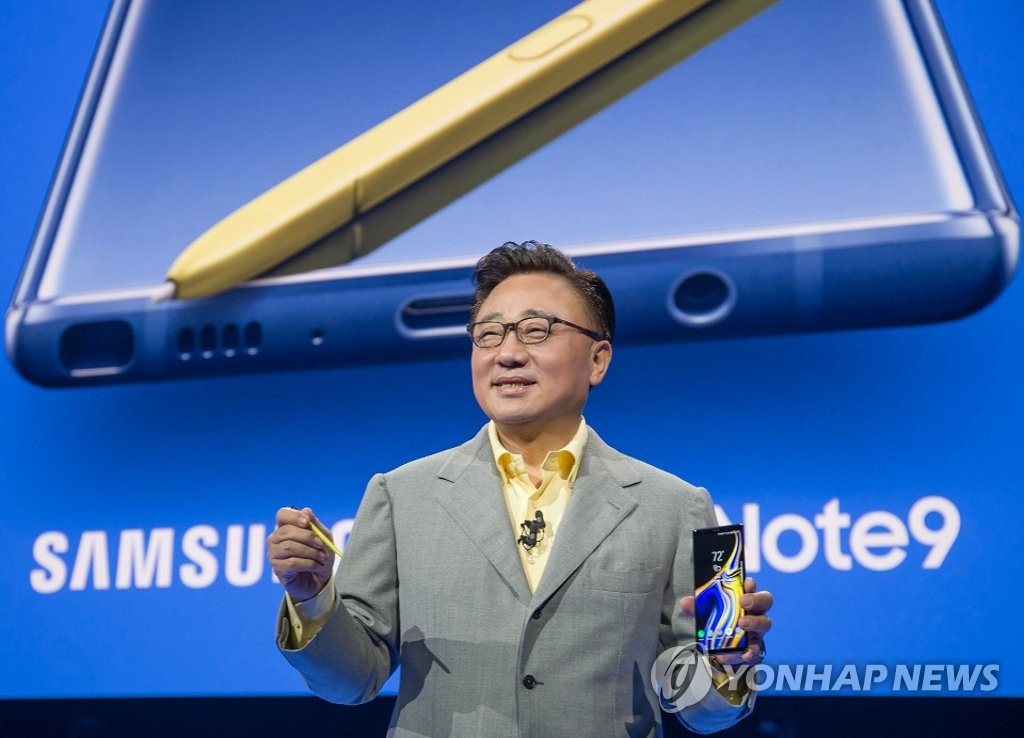