SEOUL, Aug. 13 (Yonhap) -- Samsung Electronics Co. said Monday its upcoming artificial-intelligence speaker, the Galaxy Home, will come with high-end sound quality that sets it apart from rivals in the market.

The South Korean tech giant, which provided hints about its first AI speaker during the showcase of the Galaxy Note 9, said it is seeking to utilize sound technologies of its subsidiary, Harman International Industries Inc., to have its speaker focus on audio-related features.

"The Galaxy Home is a product with a focus on audio. Consumers tend to focus more on the sound quality over the AI features when they pay (for speakers)," said Samsung Electronics President Koh Don-jin, who heads the IT and mobile division of Samsung.

The Galaxy Home comes with three legs in a vase-like shape, different from the other speakers on the market, which are mostly cylindrical in shape.

The product will come with six AKG speakers, a brand under Harman, along with eight microphones to deliver quality sound and to better recognize users' voice commands and respond to questions.

Koh said the design of the speaker was inspired by the traditional curved-style Korean vase.

"The speaker comes with the sound adjustment system of Harman, delivering clear sound and rich low-pitched tone," the company added.

The Galaxy Home, equipped with the Bixby voice system, will connect to Samsung's smartphones and home appliances. It will officially be announced at the company's conference of developers slated for November. 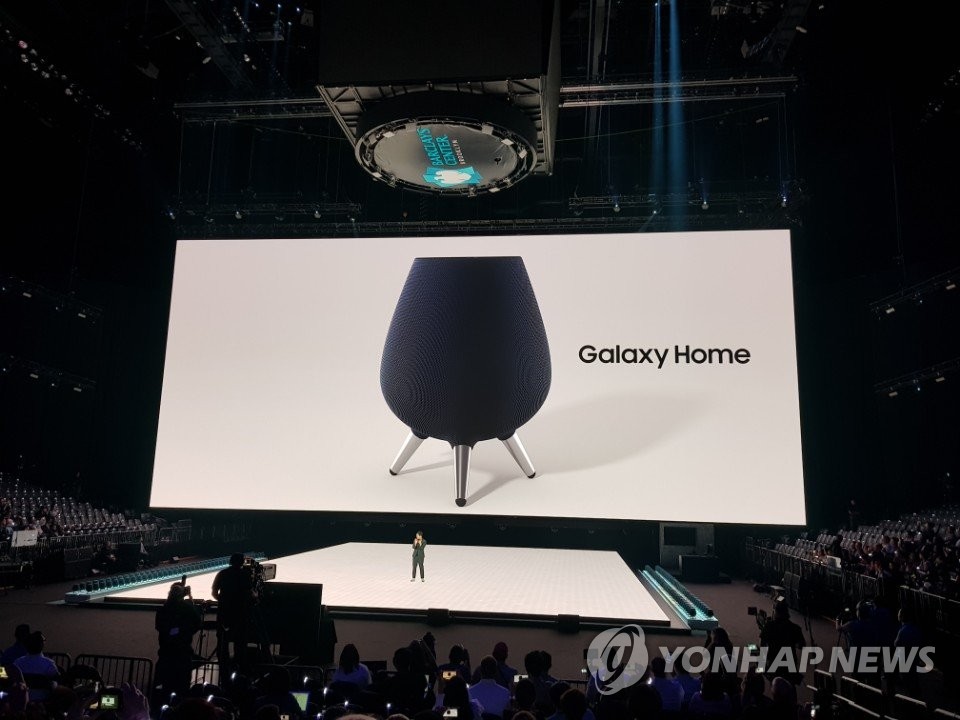