The country's outbound shipments reached US$14.8 billion in the August 1-10 period, according to the data from the Korea Customs Service.

On the other hand, ship exports plunged 97.7 percent, the latest numbers showed.

Exports to China, the United States and the European Union shot up 28.8 percent, 7.8 percent and 16.9 percent on-year, respectively.

Outbound shipments reached $51.88 billion last month, rising 6.2 percent from a year ago and swinging from a 0.17 percent on-year fall the previous month, according to the data compiled by the Ministry of Trade, Industry and Energy. 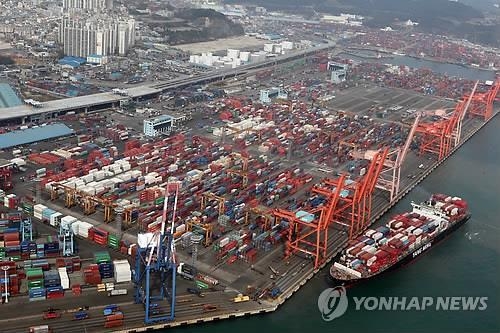