The South Korean financial entity delivered the fund to the Southeast Asian country, with part of the donation being collected from its affiliates, KB Capital Co. and KB Kookmin Card Co., according to its officials, adding that the capital unit also plans to provide relief goods worth 200 million won (US$17,615) for victims there.

On July 23, an auxiliary dam at the Xe Pian Xe Namnoy dam cluster in the southwest of the country collapsed due to heavy rains, causing flooding in several nearby villages that killed 31 civilians and left more than 100 missing. An estimated 6,000 people were also displaced, according to local media. 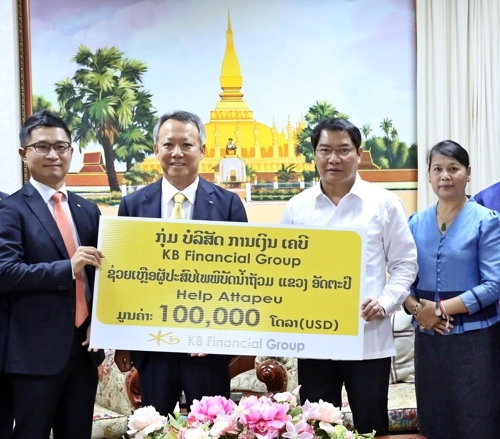