(ATTN: UPDATES throughout with discovery of one more body)

GIMPO, South Korea, Aug. 13 (Yonhap) -- Firefighters on Monday found bodies presumed to be those of the two firefighters who went missing while on duty on the lower Han River.

Search-and-rescue teams discovered a body presumed to be the second of the two firefighters in waters near the Ilsan Bridge in Goyang, just northwest of Seoul in Gyeonggi Province, at about 5:17 p.m., authorities said.

"We have recovered the newly discovered body," an official said. "We'll try to identify the body."

Earlier in the day, the body of the first firefighter missing on duty was retrieved from waters near Gimpo Bridge.

A search had been under way to find the two missing firefighters since Sunday. The officers -- only identified by their last names Oh and Shim, both 37 -- went missing after their rescue boat overturned in the river at about 1:30 p.m. the previous day. They were called to rescue a private boat near a weir.

The authorities suspect they were swept away by the rapid current.

Some 1,150 police and Coast Guard officers have been dispatched to the scene to search for the two missing firefighters. 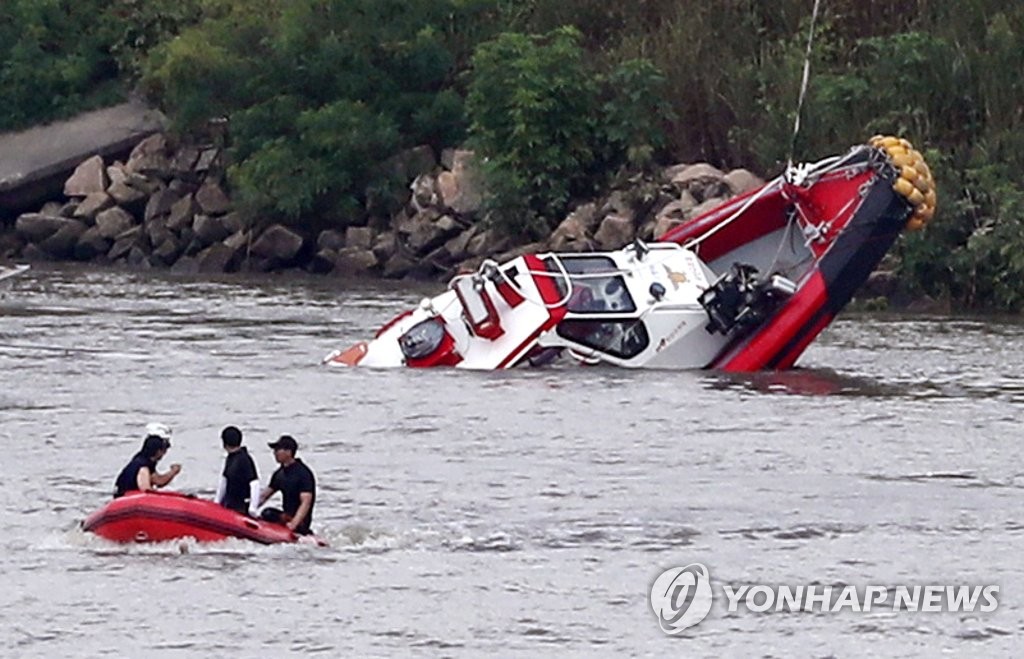 (LEAD) 2 bodies presumed to be missing firefighters found in river

(LEAD) 2 bodies presumed to be missing firefighters found in river