SEJONG, Aug. 13 (Yonhap) -- About 40 percent of South Korean municipalities may be abolished in the future because of declining birthrates and an aging population, a survey by a state-run research institute showed Monday.

Lee Sang-ho, a researcher at the Employment Information Service, released the study, conducted in June, which measured the sustainability of 228 cities, counties and districts across the country by dividing the number of fertile women aged between 20 and 39 with the elderly population aged 65 or older.

A reading of less than 0.5 means the municipality is in danger of extinction. A total of 89 entities, or 39 percent, were found to belong to that category, an increase of 14 from July 2013.

The most endangered was Uiseong County, North Gyeongsang Province, which recorded the lowest coefficient of 0.151, far below the nationwide average of 0.91.

"It appears that the danger of facing extinction has been spreading to provincial capitals, industrial cities and metropolitan cities," Lee said. "The breakdown of regions' industrial bases that ensued after local manufacturing sectors suffered crises has touched off outflows of populations from localities."

By province, South Jeolla Province had the lowest average coefficient of 0.47, followed by North Gyeongsang with 0.55, Gangwon with 0.58 and South Chungcheong with 0.67. 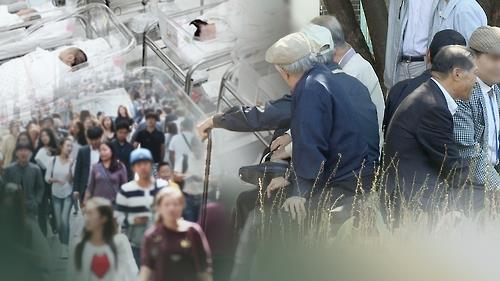 40 percent of S. Korean municipalities at risk of being abolished: survey

40 percent of S. Korean municipalities at risk of being abolished: survey