Asia's fourth-largest economy had seen its outbound shipments to the neighboring country expand at a double-digit pace until 2013 on the back of booming demand from the world's second-largest market.

But since 2013, its China exports have started to decline, with the percentage of goods heading to China hovering around 25 percent of South Korea's overall overseas sales.

"The dollar value of Korean exports to China in 2016 was 14.7 percent lower than it was in 2013," according to the report written by Choi Moon-jung, an economist at the Bank of Korea (BOK). "This fact is doubly surprising given that both economies have experienced solid GDP growth during this period."

The latest report said the Beijing government has steadily moved to reduce capital accumulation and investment over the 2013-2016 period and has tried to shift its industrial structure to a more consumer-driven economy.

"Given that Korea's exports to China are highly concentrated in intermediate and capital goods, these shocks could, in principle, explain most of the decline in the country's outbound shipments to China during this period," the findings said. 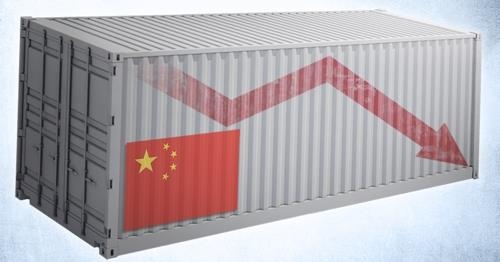